Later in the study, however, they lament that neither Fullerton or Brea have a fire headquarters building large enough to house the administrative staff, and recommend one be secured. The costs of doing so are not included in the study. They also recommend hiring more administrative personnel.

Some of the basic assumptions: 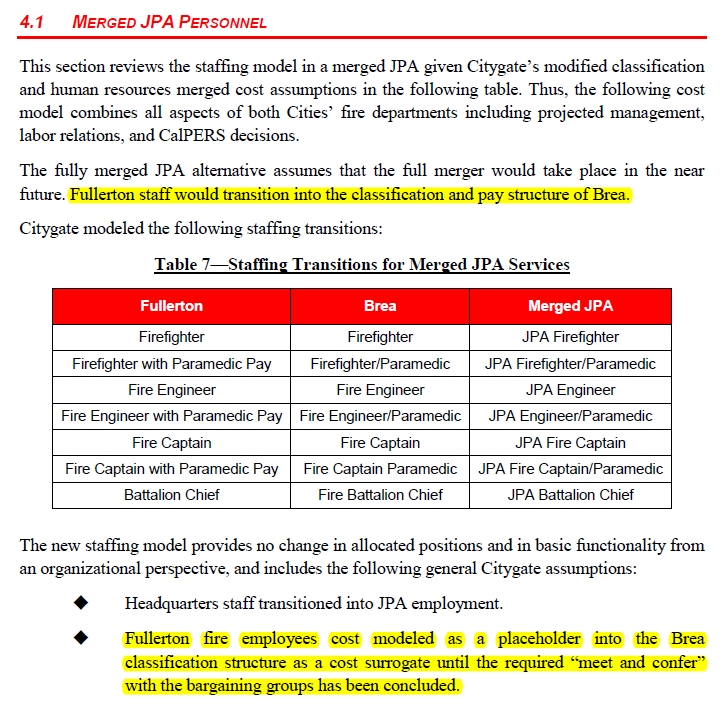 By far, the worst — and most insulting — element of this study has to do with ambulance services, currently provided to Fullerton by private contractor CARE Ambulance. To offset the increased costs, they are proposing the JPA take over as the ambulance provider, buy a fleet of ambulances, and raise rates charged to people like me and you.

Let that sink in for a moment.  Being transported to the hospital by ambulance is never cause for celebration. Some patients will be dead within hours or days of being transported. Others may be disabled and unable to work for long periods, if ever again.

Come back tomorrow for another post on how the JPA wants to capitalize on your misery.

23 Replies to “Blowing up the Fire Department”