FFFF has always been a drop box for mail from sources that prefer not to be identified. Some are obviously credible; others perhaps less so – sort of like like Sgt. Andrew Goodrich the FPD spokeshole who claimed that the cops who killed Kelly Thomas suffered broken bones, etc.

Yesterday, we received an e-mail from one of our readers identifying himself as “DTF” who passed along what was presented as information sent out by a disgusted cop who was hired, and departed the FPD for a different agency during former POChief Danny Hughes reign: 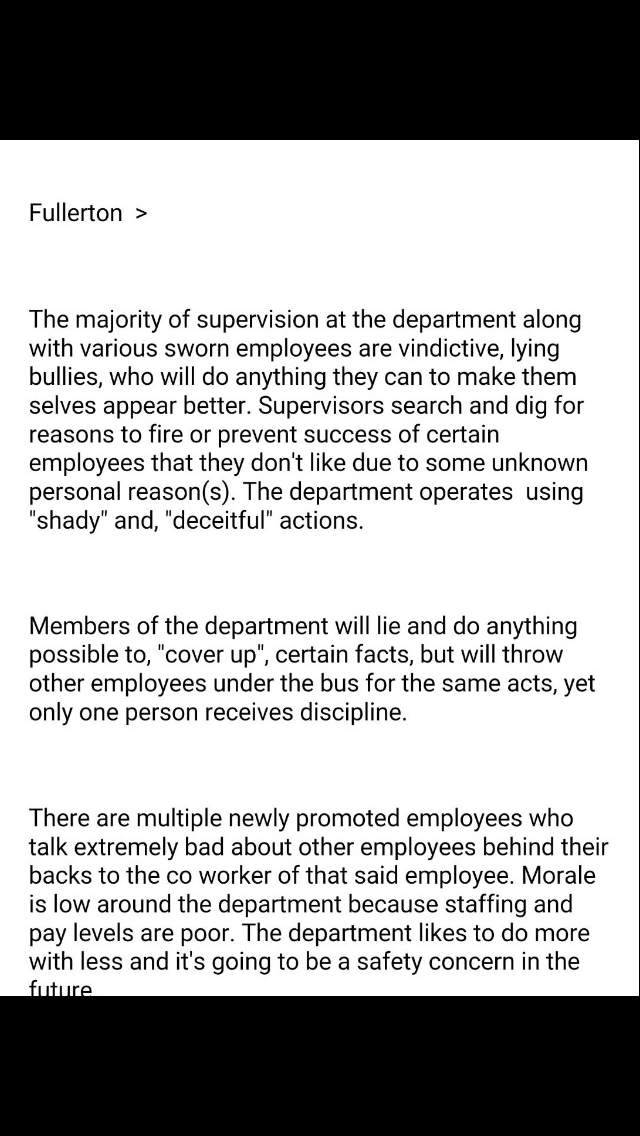 And there’s more, relating to the Joe Felz incident:

I have excellent sources at FPD who hate the Hughes clan because of the lies and double standards.

Get a hold of those videos before they are  erased, hopefully that hasnt already happen. Admin is trying to make the officers sign a new policy to prevent them from talking about the incident.

When the first two officers arived on scene, Felz was still in his car trying to free it from the sidewalk and tree. The officers pull up behind Felz just as he dislodges his car and drives away. The officers purse him and actually perform a semi pit maneuver to stop his vehicle. (There is minor damage to one of the police cars if not both)

This next part is sketchy. One version he was pulled out of his car at gunpoint and Felz identifies his self and  immediately says to call Hughes. The other version is he flees his car when it has been immobilized and there is a short foot pursuit.

But one thing I know is that the officers on scene said Felz was HAMMERED there was no doubt he was drunk.

There is definitely video of the whole incident from the point the officers arrive on scene.

FYI no breathalyzer is necessary on scene. You can’t make a person take one at the scene. But the accident it self, coupled with his obvious impairment is plenty to have arrested him.

Put pressure on the PD to release the video. This is another huge cover-up by Hughes and his boys.

Friends, feel free to lend credence to this information in any degree that makes you feel comfortable.