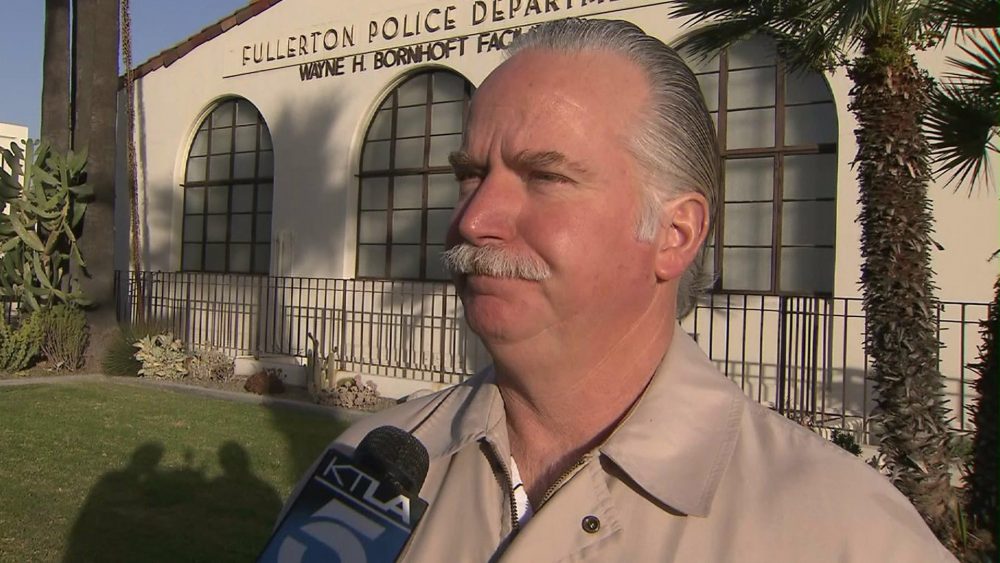 Below is a video from late 2015 featuring Ron Thomas, the father of Kelly Thomas, who had just gotten a massive check courtesy of the taxpayers of Fullerton.

First, enjoy the feeble bleating of “city attorney” Dana Fox who is just soooooo darn glad the settlement bought peace of mind so everybody can “move on,” although, damn, that’s a pretty high price tag. Of course it ain’t coming out of his pocket, or “Patdown” Pat “I hired them all”  McKinley’s, or Manuel Ramos’s or Jay Cicinelli’s or Joe Wolfe’s. We picked up the check for this, just like we always have for the FPD Culture of Corruption, and as with all settlements, the public who pays the freight never gets to learn key information – in this case the extent to which Captain Dan Hughes and former Chief McKinley may have helped cover up the mess and perhaps even if there was collusion between the cops and originator of the phony phone call that led to Thomas’s death. Naturally, neither Hughes, Joe Felz, Jennifer Fitzgerald, Jan Flory or Doug “Bud” Chaffee wanted a trial.

And Ron Thomas himself may have wanted to avoid a trial, too, since that would have meant a jury and the general public would have found out that he sold the picture of his broken, comatose son for publication on FFFF – for $1200.

Anyway, at the end of this video you will hear Ron Thomas exclaim that the big settlement is an admission of liability by the City, by which he really meant us taxpayers. He says that’s all he ever wanted. Did that make you feel any better?

And now we pivot just slightly to another video, this one from 2011, wherein Ron Thomas has alerted the media that he is going to donate all of any lawsuit or settlement amount to the homeless.

Now at least we can be satisfied that some good has come out of the Kelly Thomas murder, even if we had to pay for it – $6,000,000 so far, not counting the invoices forwarded by Mssrs. Jones & Meyer, Fox, and of course the ever helpful hazmat clean-up crew run by Michael Gennaco. At least $4.9 million (less Gary Mardirossian‘s giant fee) is being given to homeless programs. Right, Ron?