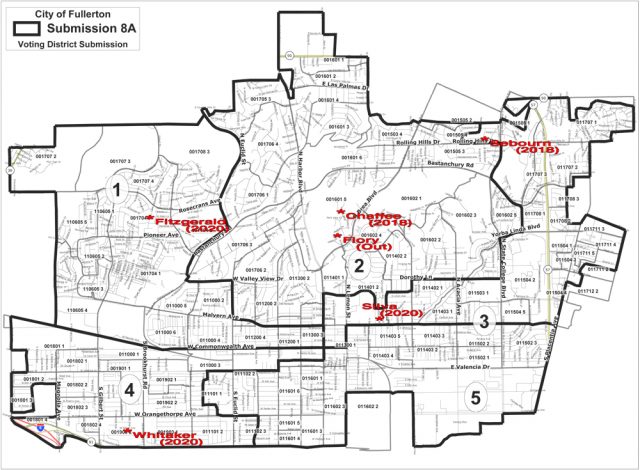 Sebourn would have to move, not Chaffee, because Silva lives in the same district as Seaborne. But so what?

District 3 didn’t vote for Silva in district elections and therefore he doesn’t “represent” them. Had Silva been running only against people from his district, Sebourn for example, the election for that seat might have gone a different way. The vote was split between 12 people here in 2016 and that skewed the results. The case has been made that people like myself helped keep Bennett’s numbers down on the right which is why Silva even won. You’re welcome.

So 2018 will be a wash for district elections because 2 districts will get their own “representatives” on Council while the other three districts get nobody to represent them until 2020 at which point there will be a new Census and Map 8A will likely be changed owing to demographic shifts. We’ll have functioning Districts from 2020-2022 and the cycle will start anew.

2022 will be the first election under the new hotness that will replace Map 8A and districts won’t be equally represented based on the newer map and this recurring problem until after the 2024 election at the earliest.

There’s no logical reason, except for incumbency protection, why any 2 random districts couldn’t be up for election in 2018. If the argument for district voting is that we didn’t have somebody of Asian or Hispanic descent on council then it’s a logical fallacy to settle the suits and then pretend that lily-white Jennifer Fitzgerald can represent district 1 simply because she lives in said district. I say draw it out of a hat and then when the currently elected at-large council members are finally up for re-election in 2020, should they not be drawn in 2018, they can move if they want to run again that year or they can wait until their district is up again normally.

Stay tuned because there are more issues with this district map issue, and Map 8A specifically, that people ignored before voting to implement it.