Not long ago I discovered this anonymous note on my vehicle: 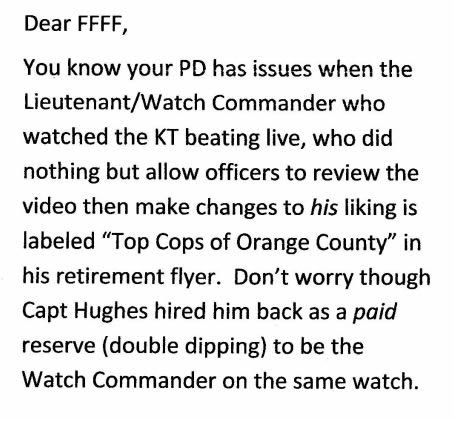 Below is a retirement flyer of a recently retired FPD lieutenant  – some guy named Tom “Tango” Basham. Somebody thinks he’s  a “top cop.” 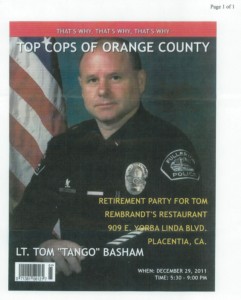 Was this the man who was on duty back at the station on July 5th 2011 and who remotely watched the murder of Kelly Thomas? Was he the guy who later let the perps watch the video and write, then re-write reports?

Has this retired cop now been hired back by Acting Chief Dan Hughes as a paid double-dipper? If so, what for, and for how much? In 2011 this valuable piece of manpower pulled in over $148,000, so his pension, of course, is already huge.

So many questions, so few coherent answers!