On Sunday various groups, objecting to what looks a lot like an assassination by the cops, and what was a police induced riot later, held a protest at the Anaheim Police Headquarters. My husband and I went down to show some solidarity with our neighbors to the south. 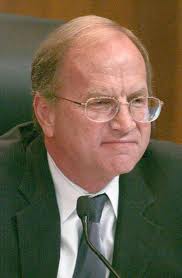 Tony Bushala was there along with some Kelly’s Army folks that I remembered from the Fullerton protests last summer. Even mean, uncaring Republican State Assemblyman Chris Norby was there with his family. But where was our would-be squishy-feely Assembly person for the 65th District, Sharon Quirk? I have no idea.

Most liberals used to stand for things like social justice, fighting cop brutality, especially when applied to minority neighborhoods. And this would have been a good opportunity for Quirk (whose sole chance of beating Norby, according to her drum-beaters, is winning over neighborhoods in the western part of Anaheim) to show she cares about the little people who can’t fight back. Of course after the Kelly Thomas thing I’ve come to realize that establishment liberals are mostly just empty talk on the subject of police malfeasance.

Anyway, Ms. Quirk, here are some topics about the Anaheim incident you may contemplate at your leisure:

1) Possible assassination by cops of man in front yard

2) Arrest of innocent bystander for no particular reason, charged with obstruction, etc.,etc.

3) Overreaction by cops, contributing to near riot and assault on innocent men, women, and children by rubber bullets and attack dog.

Yes, Sharon, Anaheim is in the district you wish to represent. Time to get out and meet your constituents.

195 Replies to “Quirk a No-Show At Anaheim Protest”