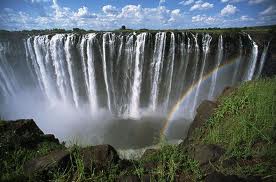 For years and years the City of Fullerton has been adding ten percent to the cost you and I pay for our water and re-directing this money to Fullerton’s General Fund; the fund that pays for City Councilmen Jones’ and Bankhead’s pay and perks, and that also pays for Fullerton’s pensions, including the mammoth pension pulled in by Councilmember and former Police Chief Pat McKinley.

Forget for a moment the fact that California’s Constitution prohibits governments from charging more  for services than they really cost, and consider Proposition 218, passed by the voters in 1996. It says that the government can’t dress up taxes and call them fees. It requires justification of such charges and public transparency. Justification and transparency, two commodities in real short supply in Fullerton.

The 10% “in-lieu fee” that the City has been adding (and hiding) in your water bill total is, and always was a fraud, and illegal.

Coincidentally, our asinine councilmember,  F “Dick”  Jones was first elected in 1996. And that means for every year of his rude, loud-mouthed tenure on the Fullerton City Council he has been approving this rip-off. Of course his sleepy pal Don Bankhead was trudging right along side him every crooked mile of the way.

Since the gross rater revenue runs into the tens of millions every year, the  10% rip off has sure piled up. I estimate the total to be somewhere between $25,000,000 and $30,000,000 since 1997 alone. That’s a lot of dough, and I really have to wonder, will Jones, Bankhead and now McKinley offer the water ratepayers of Fullerton a refund of this misdirected money?