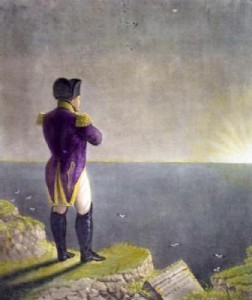 It’s time to share a video that’s gotten quite a bit of attention lately. Apparently some Islamic organization or other put on a benefit in Yorba Linda to raise funds for women’s shelters, hungry people, and dirty bombs.

Oops! No, the dirty bomb part didn’t make it into the press release, but you wouldn’t know it by the reaction of the spittle-fleck mob of know-nothings and uber-patriots who showed up to shower abuse on little kids with epithets against their heritage and their religion. Of course the real reason we are sharing this is that our own congresscreature, Ed Royce, was at the event to lend legitimacy to the goings on and help whip up the rubes.

Royce styles himself some sort of expert on foreign affairs, but his posts on Red County are little more than neo-con half-truth claptrap that is spooned out to him in little bite-sized morsels by the pro-Israel lobby in Washington.

Royce seems to like to deploy his alleged expertise to enhance his stature, but really, exercising one’s Napoleonic Complex at the expense of women and kids is a new low even for Ed, who has saddled Fullerton with every dim-witted repuglican barnacle we’ve been stuck with for the past twenty years so he can play big frog in little puddle.

P.S. Actually the best part of the video is when wing-nut Villa Park councilcreature Deborah Pauly informs her listeners that she doesn’t care if people think she’s krazy or not. Well, that will certainly make things easier for her in the future, shame-wise. It seems her son is a Marine, and apparently he and his buddies are just itching to send some towelheaded terrorists to Paradise.

The audience doesn’t care if we think they’re krazy, either.