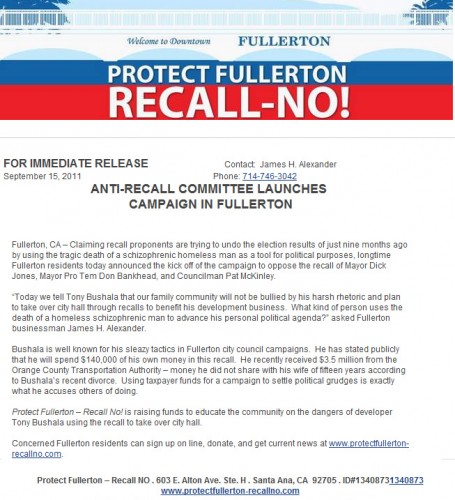 Hoo Boy! This attempt to smear ‘lil ol’ me is so stupid I just have to share it with the Friends. I have no idea why this nincompoop James Alexander thinks dodging the real issues of the recall will be an effective strategy, but I am happy to share this. Just one more example of Bankhead, Jones, and McKinley dodging personal accountability for their own public records. Well, they can dodge, but they can’t hide.