One of our readers passed along this letter purportedly from FPD officer Benjamin Lira seeking donations to get Ramos out of jail. It was posted to the Big City Cops Facebook page, an online hangout for off duty cops. 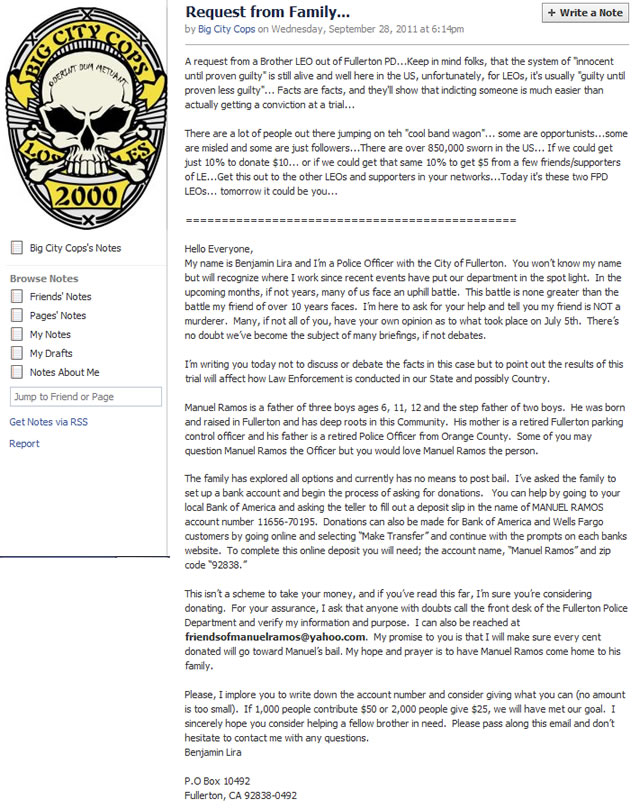 Check out that nifty logo of the police group who was passing around the letter. I’m told that oderint dum metuant is Latin for “Let them hate so long as they fear.”

797 Replies to “Accused Murderer Bailed Out… By Fullerton Cops!”