Last week I published a blog post on Pam Keller’s pending participation in a Roe vs. Wade “celebration”. Several commenters responded with angry challenges to the post, asking why Keller’s stance on abortion is relevant to Fullerton and her upcoming attempt at re-election. 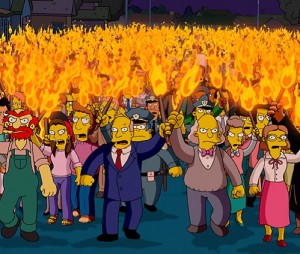 Second, who can say that a national issue will never become local? Almost every federal matter eventually makes it’s way to the local level in some inane form or another. War memorials, gun laws, medical marijuana come to mind. It was only a few months ago that abortion became an issue at the county level. Americans live under at least four basic levels of government, all of which have ever-expanding jurisdictional tendencies. It would be naive to pretend that we know about every issue that will come before an elected over the course of four years.

And finally, there are plenty of voters who consider abortion to be a simple issue of respect for basic human rights, a concept that transcends all levels of government. For those individuals, the post may serve as simple news of Pam Keller’s stance on the issue. If Pam didn’t want voters to consider her position on abortion then she would not have included her name in the press release.