Skip to content
by The Fullerton HarpoonPosted onFebruary 6, 2009January 4, 2010 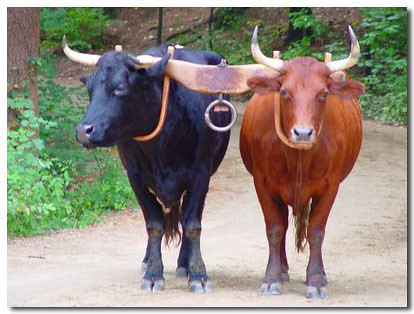 The Chinese calendar has recently ushered in the Year of The Ox, which seems appropriate in Fullerton given the recent clumsy effort by City Council bovine Dick Jones to attack Orange County Register editorial writer Steven Greenhut – for doing his job.

It seems that this prominent statocrat has held a grudge against Greenhut since he helped expose the closed-door public employee pension spike at the end of last summer. And so Jones, with his council colleague Don Bankhead in tow, attended a Chamber of Commerce function in which Register publisher Terry Horne was the guest speaker – and proceeded to publicly attack the Register for the damage done to his sterling reputation by Mr. Greenhut.

Horne, to his credit defended Greenhut’s professionalism and integrity against the odd effort by Jones to defend his own honor – something some Council observers thought he had abandoned after about three months on the Council. Jones is used to getting his own way, and it probably came as something of a shock to him that it’s a lot easier to bully the public from the council dais than it is to push around a newspaper publisher.

Rather than criticize the Register, and by extension Mr. Greenhut, Jones would do well to search his own conscience to find out why he consistently places the welfare of city employees ahead of the taxpayers and citizens of Fullerton.