Here in Fullerton we have long recognized Barbara Giasone’s special brand of journalism. Now it seems, others have caught on, too: 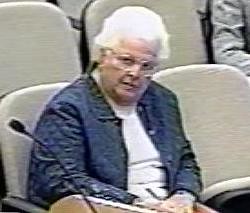 Herb Dillman of the Foundation was effusive in his praise for Giasone. “Barbara has established a new level of excellence in the regurgitation of city hall press releases. In her admirable career she has always managed to avoid writing anything with the slightest hint of criticism of officialdom; or anything that snacks of criticism of anything, really.” Giasone was generous to share credit with her employer. “My boss is wonderful,” she said. “Most editors demand that their reporters do things like investigate and report what really happened. Mine has never made me sully my principles with that kind of stuff. I’m really a team player at heart and I don’t want anybody in city hall to look bad. And, of course, all that digging and questioning that some reporters do really takes a lot of energy.”

Fullerton spokesperson, Cynthia Smudge was enthusiastic about the award. “I don’t know what we’d do without Barbara,” she said. “She is always so reliable and never asks any embarrassing questions. She’s a real treasure. Worth her weight in gold. We put out a press release and bang, there it is in the paper – just the way we wrote it. It’s great!” The Prize, a valuable coupon book good at unpermitted downtown Fullerton bars and dance halls, will be mailed to Giasone tomorrow.

Geez, we didn’t know there was a Nanty Glo, Pennsylvania.