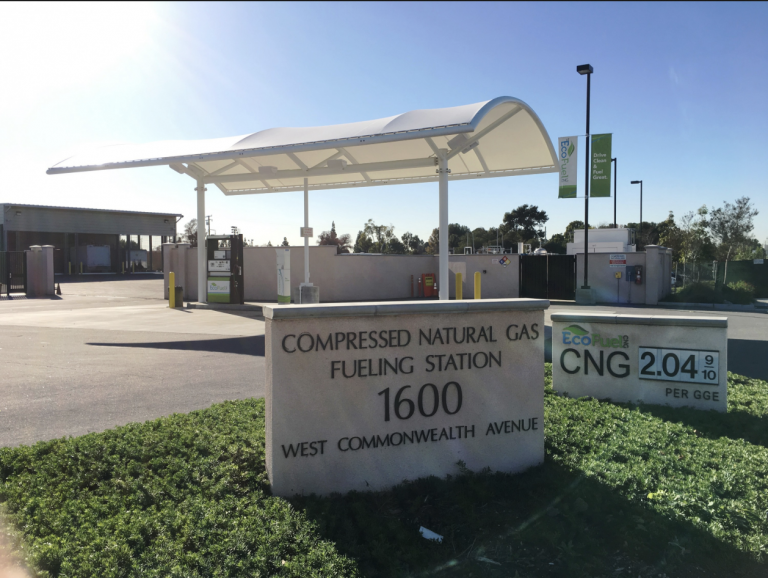 Another day, another story of alleged theft/fraud of city property here in the city of Fullerton finally coming to light.

“In late January 2017, Julia James contacted me about some questionable purchases charged to Facility Superintendent Bob St. Paul’s City-issued procurement card.  I asked Tim Campbell to review the purchases for calendar year 2016.  His review revealed several purchases charged to the CNG Fund that did not appear to be CNG-related.  Based on the preliminary findings, I asked Tim to examine Bob’s P-card purchases for 2014 and 2015 as well. Over the three years, Bob used his P-card to charge the CNG fund slightly less than $12,000 for several dozen purchases. Many of these purchases had no clear relation to CNG operations; for example, there were multiple purchases for clothing, flashlights, tools, and canopies, some of which appeared to be for personal use.  Most of the purchases were initiated by Public Works Analyst Trung Phan, the CNG operation’s manager.”

This time around it looks like the protocols and oversight in the city were so lax that over the course of years employees were able to use their city issued purchasing cards to buy over $50,000 worth of stuff that was of no use to the city.

“It took the audit team about a week to complete the additional review and inventory.  When the team finished, the value of questionable purchases increased to at least $50,000.”

Former employees Bob St. Paul and Trung Phan allegedly worked together to charge items to the CNG (Compressed Natural Gas) station on Basque and Commonwealth and when the city tipped them off that they were under investigation – it appears they returned as much as possible in the dead of night and so no real investigation was done and no prosecution was possible.

‘While playing the archived video, we found several instances of Trung arriving at night, briefly stopping at the CNG station, and then unloading items from the back of his personal truck and taking items into the storage area.Bob was also observed returning an item very early in the morning.The incidents took place after Dennis and I counseled Bob and Trung regarding the P-card purchases, but before they were placed on leave.”

That video evidence was actually found out purely by accident which would be comical if it wasn’t so sad.

On top of purchasing things of no use to the city and absconding with them, only to return them in the dead of night, Trung also allegedly manipulated his payroll to get unjustified overtime.

“The research revealed that Trung charged overtime several times a month, claiming he had to come in after hours to reset the station’s equipment. This contradicted with indications by Fastech’s maintenance technician, that the equipment rarely failed.”

That nobody in the city up the food chain knew the efficiency or status of the CNG station and what the vendor even did, as evidenced by an employee able to fake overtime for unneeded work, is another damning indictment on city hall.

The culmination of all of this was yet more settlement agreements coming out of corruption or malfeasance on the part of government employees and not a word to the people of Fullerton. It’s just $50,000+ of your money that was wasted so why tell you anything?

What all was purchased? How much money was wasted? How long did all of this go on and was anybody else involved? The world will never find out. Why? Because:

“We halted the internal investigation when the employees made the decision to resign.  As such, I am not anticipating a final report.”

That’s right. The city decided they didn’t want to know the full extent of the issue once they were able to settle with the employees in question and successfully sweep this issue, like so many others, under the rug.

We here at Friends for Fullerton’s Future had inquired about this issue when we were first alerted to it and the response at the time from the city was as follows:

So much for an open and transparent government. Once again we were all left in the dark while simultaneously being forced to pay for the useless purchases, admin leave and billable hours required to settle this nonsense.

Speaking of the settlements, the one with Trung, likely the same or similar with that of St. Paul, has the boilerplate Paid Leave (vacation) nonsense and other such niceties. The best part though, as usual, is as follows:

“Employer agrees not to defame, disparage or demean Employee for anything he did or may have done in the course and scope of his relationship with Employer.”

Lord help the next employer these two end up working for in the future which in the case of Phan is the CA Department of Transportation. I guess the city helped him to fail upwards. 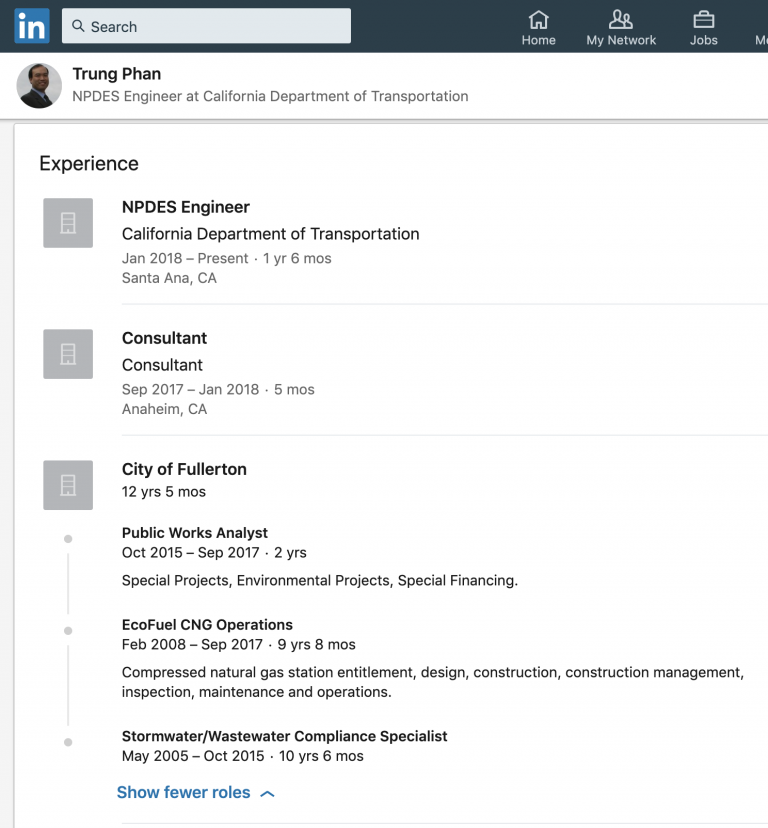 You can read the settlement agreement with Phan Trung [HERE].

The report about the entire incident is as follows: 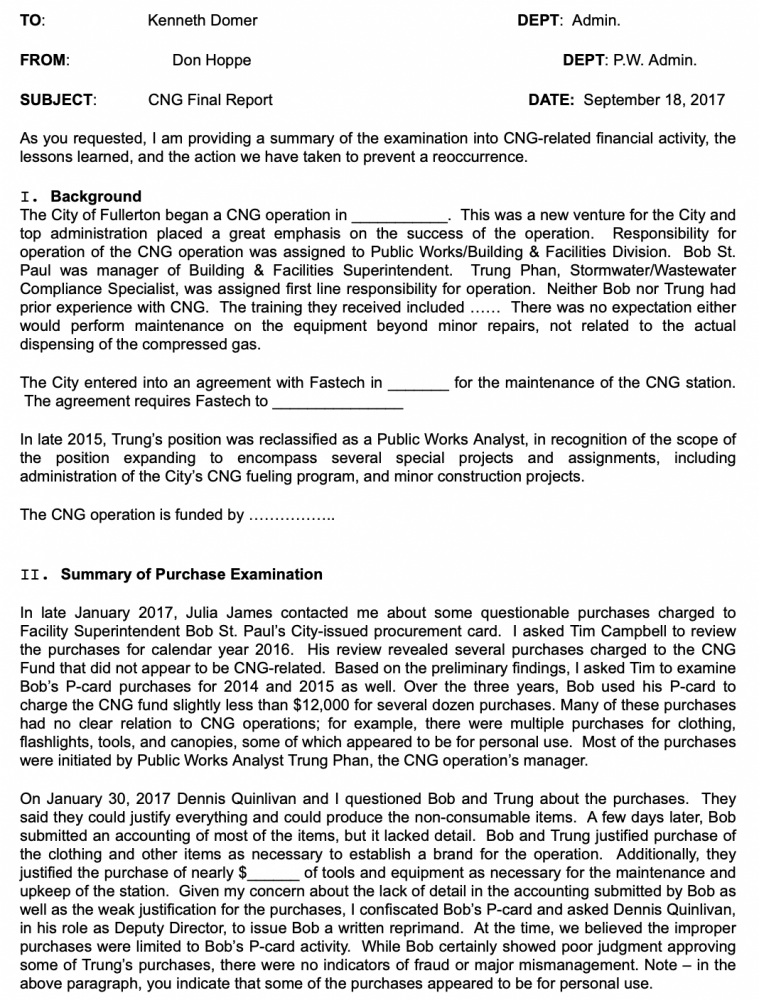 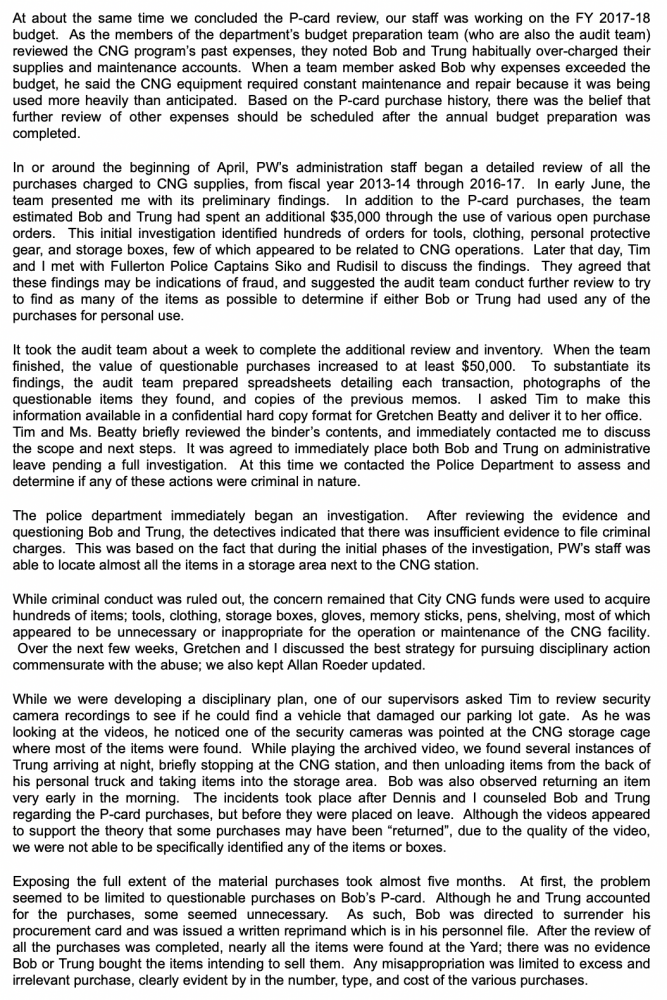 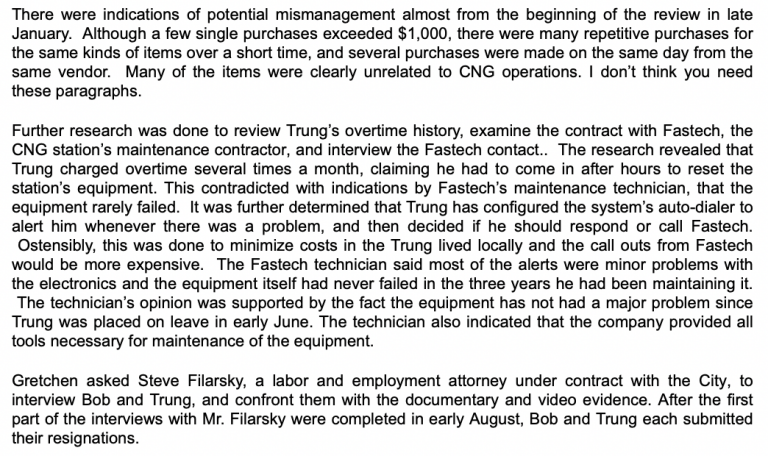