She asked the city to compel Joshua to remove the post and the lawyer the city used to look into it came back with a big fat no can do: END_OF_DOCUMENT_TOKEN_TO_BE_REPLACED

This is especially problematic as salaries and benefits eat up ever more of our general fund and we find ourselves with unsafe parks and deferred maintenance. We put plywood up over damage (nearly 6-weeks later and counting), or worse, while our $6-figure employees tell us we don’t have the budget to keep our kids safe. It’s infuriating. END_OF_DOCUMENT_TOKEN_TO_BE_REPLACED

There is an old saying: “it’s the least I can do.”

And once in a while you get to see the least someone can really do without doing anything at all.

At the last “budget workshop” (cue: a sales tax is coming music), David Curlee brought up the idiocy of the worthless and mismanaged “Behind the Badge” contract – a 50 Grand per year repository of feel-good stories about our police department’s tender employees who, apparently, would rather be well-thought of for anything besides honest police work.

At this prompting, our mayor, Bruce Whitaker raised the issue – where, right on cue, it was peremptorily shot down by our $100 per hour Interim City Manager, Alan Roeder, as chump change that fell into the sofa cushions and isn’t worth digging around for. He warns Whitaker about “obsessing” over such loose change.

And there the matter seems to have died.

Of course if Whitaker had done his job in the first place and agendized the issue as a stand alone item at a regular meeting, this dismissive bullshit could not have occurred. The Behind the Badge embarrassment could not have been written off as an irrelevant, small-picture nothing instead of what it is – a blatant rip-off of the taxpayers that has run into the hundreds of thousands of dollars in the past four years.

And consider this question: how many other loose change contracts, approved by no one other that Wild Ride Joe Felz, are still out there accomplishing nothing? And did any of our council stalwarts bother to make Roeder explain exactly what the monetary level of significance is before he will deign to consider it? We know it’s not $50,000 a year. Is it $100,000? $500,000? A million? Of course not.

Total leadership failure. The litmus test is done. Now we know why Roeder was hired in the first place: 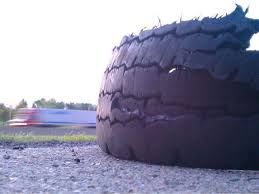 On the City’s website, right above a news release about an upcoming osteoporosis seminar at the Community Center, we discover that the City Council has unanimously chosen a replacement for Joe Felz. Felz, you will recall, drove off of Glenwood Avenue, ran over a tree, blew a tire and tried to drive away in his crippled vehicle.

Allan Roeder, former City Manger of Costa Mesa, is the replacement, on an interim basis. He is part of a small pool of extremely expensive place holders brought in like bullpen pitchers, when the starter gets into trouble in the late innings. These already pensioned-off fellows go on to rake in enormous second incomes while already collecting their massive CalPers checks every month.

The new guy was hired yesterday in a Special, Behind-Closed-Doors meeting of the City Council.

Why the City needs to pay somebody a hundred grand for a five or six month stint is a question you should ask one of your “unanimous” council who seem to be oblivious to the fact that the City is running massive deficits every year, already. Oh well, it’s not their money, right?

Here is our new Mayor, Bruce Whitaker extolling the virtues of Mr. Roeder:

“We are happy to have someone as established and seasoned as Mr. Roeder to serve our city,” said Fullerton Mayor, Bruce Whitaker. “Allan’s experience will be welcomed at City Hall and he will be a valuable asset to the entire city until we appoint a permanent city manager.”

Now did Mr. Whitaker actually say that? Let’s hope it was a canned quotation put in his mouth by some overpaid “public information officer.”  Having Felz around for the past six or seven years is proof positive that from a strictly practical perspective we don’t even need a city manager, and would probably have been a lot better off without the last one we had.

Well, now we have one that can absorb the blame for whatever unfortunate happenstances come our way in the first half of 2017, and be off down the road to the nearest bank.