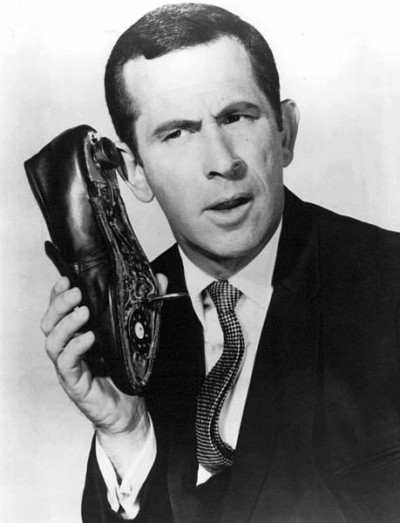 One of the regular go to jokes on the old Get Smart show was when Don Adams, after being caught redhanded in a baldfaced lie, would follow up with “Would you believe…” while trying to walk back the lie to something the listener might accept.

Well, it turns out that this is exactly how school bond measures get drafted and, ultimately, passed.

The Fullerton School District has recently commissioned a Baseline Bond feasibility survey from True North Research (available here) and they have been calling residents to feel out their receptiveness to a $198 milion bond measure that, by their own admission, will increase property taxes by at least another $93 per year. What is interesting about the survey is not that the School District wants more money and isn’t shy about raising taxes to do it (they wouldn’t be a government agency otherwise) but that it is designed to determine what promises need to be made to get it. Hence the reason why the question about removing “dangerous asbestos” was included, even though A) asbestos is generally more dangerous when it is removed and B) the City of Fullerton supposedly removed the asbestos from their classrooms thirty five years ago according to this article in the LA Times archive.

The results of the Baseline Survey will be presented to the Fullerton School Board at their next meeting on Tuesday, August 13, 2019. The bond measure, if when it is ultimately approved by the School Board to go on the ballot will likely be drafted based on which spending priorities polled best, and for an amount that does not exceed the comfort level the polled residents expressed.

Of course the problem arises when the promises needed to pass a bond measure conflict with the what the school district wants to actually use the money in question for. And if the Fullerton School District is anything like the North Orange County Community College District or most other school districts, the solution is simple – spend it on what you wanted to anyway, and to hell with your promises.

I take no joy in calling out the Fullerton School District here. Unlike the City’s roads (which are a pothole strewn laughingstock), our schools are among the best in Orange County and a key reason many of us chose to live here (myself included). But well run or not, our schools suffer the same problems endemic to government – excess allocation to pay and benefits at the expense of infrastructure, administrative bloat and employee protections that make it too costly to fire bad employees – and until these problems are addressed bond measures designed to paper over the financial shortfalls will be a steady fixture at the ballot box. Along with a steady stream of promises nobody intends to fulfill.

16 Replies to “The Maxwell Smart Strategy for Approving School Bonds”