I’m not going to wax poetic or waste time building a narrative or telling a story today. Today I just want to lay out a simple example on how Fullerton deals with transparency.

On Wednesday, 16 November 2016 at about 9:00 PM, a Fullerton Parks and Recreation vehicle collided with another car at the intersection of Highland and Chapman. 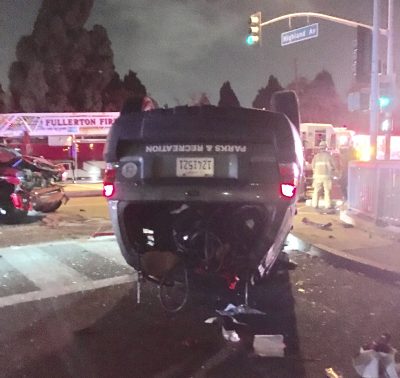 Not long after learning about it I put in a Public Records Request asking for information on the case, vehicle and so forth and got little to nothing back. So I just ignored the issue and waited.

Up until that point nearly nothing had been reported (if anything) on this accident and the city had said nothing. Being that this is a city owned, meaning taxpayer funded, vehicle we should expect at least some acknowledgement as to what happened or even that it happened.

Instead we got crickets.

I started asking around again and rumor has it that the driver was intoxicated and three parks employees were in the vehicle and all were subsequently fired.

So recently I again put in a Public Records Request asking about such information. That request was denied on a grip of what I call “so sue us” or “you have remedies” grounds.

Then I put in another Public Records Request asking for, and I quote:

“…I now want all information released to the public about the incident involving that vehicle including any PRRs responded to, emails sent or received, reports released, press releases, etc.”

And the response from the city was:

“There are no records responsive to your request.”

When I asked for clarity:

“Is it the city’s position that nothing has been said in any way about this incident?”

They doubled down with:

“There are no available records regarding the incident.”

No available records regarding this: 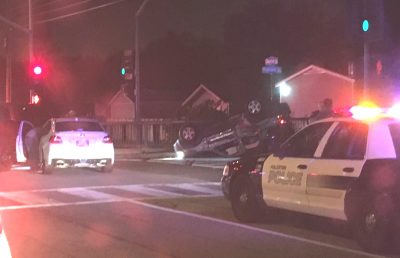 No available information says the city, not even an email.

So city employees can destroy a city vehicle, which allegedly is still sitting at the Basque yard, not to mention possibly damage private property and we poor plebeians aren’t allowed to know anything all while our pompous and pretentious council pretends to care about transparency.

In all this time they could have asked for an update, asked staff what happened, explained why they might not be able to talk about a public incident (lawsuit, etc) but no. They sat and asked no questions and offered no insights.

So the next time our Council, Planning Commission, City Staff or City Manager claim to care about transparency just point to this incident and laugh at them. Laugh at them and then possibly give them the finger.

10 Replies to “Fullerton’s Version of Transparency”