It was easy to predict that after his announcement that he was quitting Congress at the end of the year, a host of would-be successors would jump in to replace Ed Royce (R-Security State). And so it has transpired. The lure of Congress is too hard to resist for the career politician – just think White House photo ops and no term limits.

There were already a bunch of Democrats challenging Royce, none of whom I had even heard of. It’s the Republican crowd that is of interest because the top vote getter of this tribe will probably reach the November run-off; possibly even against another member of the same club. We’ll ignore the no-names and the Fruit Loops.

First there is Young Kim, a wholly owned subsidiary of Royce, who has in fact, endorsed her to carry on his sterling legacy. Kim lost her last election as an Assembly incumbent, and that doesn’t bode well for the cynical north OC “Asian Strategy” that also failed so spectacularly in 2016 for Sukhee Kang and Ling Ling Chang. Poor Young may have access to some of Ed’s left over campaign dough, but she has the problem of coming across as just another empty suit and the puppet of her husband who created her political career, such as it it. 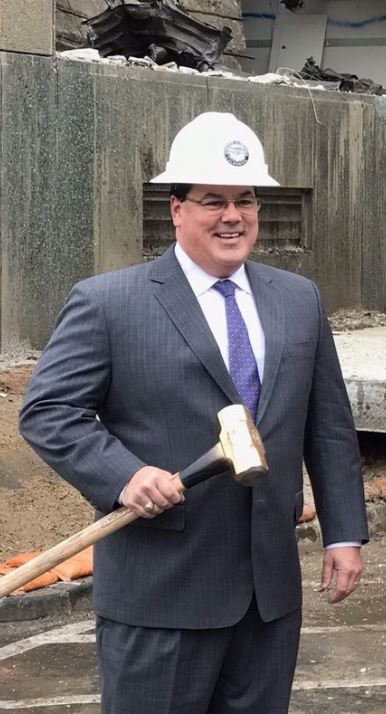 4th District County Supervisor Shawn Nelson’s suit is far from empty, his record at the County has been a complete disappointment. Elected in 2010 on a platform of accountability, pension reform and a full cross-departmental audit, he immediately ditched accountability, engineered a massive pension for himself, and has done nothing to shrink the bureaucracy or establish any kind of bureaucratic competency. Just the opposite, in fact. Fullerton residents will recall that Nelson tried to look good at the County by sneaking a homeless shelter into strip center next to an elementary school and a residential neighborhood in East Fullerton.

Then there is former State Senator, Bob Huff, the former legislative waterboy for Redevelopment and occasional Traditional Values panderer who was termed out of his Sacramento gig and who also lost his last election – a try for LA County Board of Supervisors. Huff may count on an influx of money from people who used to lobby him, and of course the very deep pockets of his patron, Ed Roski, who owns the City of Industry. Huff is the veritable poster boy for government griftery. It’s hard to see how Huff can get any traction in OC against other ‘pugs, but he’s wishin’ and hopin.’

That’s it for now although we may see other entries. At present, there are no candidates who can run on a real conservative record, although they will certainly tell you otherwise as they invade our mailboxes with their trash.

3 Replies to “The Burgeoning Field to Replace the Little Corporal”