Probably the biggest vote at tomorrow’s City Council meeting is the Red Oak development . Josh Ferguson has already discussed that issue in his excellent article here so there’s no need for me to pile on (just read it if you haven’t already).

What I do want to do is draw attention to another vote on the City Council. Agenda Item #8 includes the appointment of Fullerton’s representative to the Fullerton Water Board.

This is our current representative. 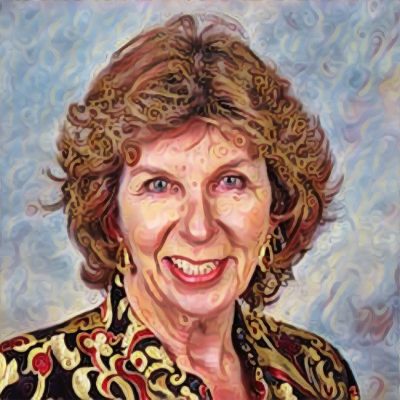 Now, while Jan Flory has come under a lot of deserved criticism from this blog over the years, and in fact supported three separate water rate increases in a single year while on the City Council, it is only fair to mention that she has been appropriately skeptical on the Poseidon development, which if approved will raise our water rates even further – although it is also only fair to point out that she has recently signaled she would be willing to support the project to maintain her position on the board.

Poseidon Water is a desalination developer that who wants to build a $1 billion desalination plant in Huntington Beach, and wants the Orange County Water District to help guaranty construction of the project AND agree to purchase 56,000 acre feet (eighteen billion gallons) for more money than the County currently pays to import water, for the next fifty years.

How much more? The specific amount has been something of a moving target, but this appears to be the current plan: 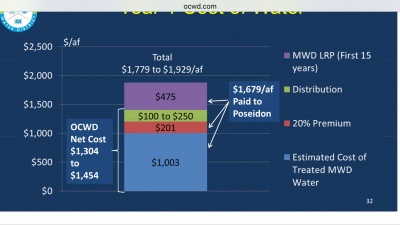 Keep in mind that while (per their own admission) Poseidon is about twice as expensive as MWD water, water purchased from MWD is itself far more expensive than the groundwater which Poseidon would displace, which is, essentially, free, minus the cost associated with pumping and/or replacing the groundwater. Also, Poseidon is angling for a “Take or Pay” contract with OCWD, meaning the ratepayers buy their water first, even if we don’t need it, regardless of whether we have an abundance of free ground water, water in Lake Mead or water we will have to flush to the ocean because our capacity is full.

So who will the Council appoint? Bruce Whitaker (a Poseidon critic) was the City’s appointee from 2013-2014, until he was deposed for voting against the interests of a client of Curt Pringle & Associates, and Doug Chaffee sought the appointment in 2012, so he may seek it again. Flory wants it as well, despite no longer being on the council and no obvious base of support, so it seems to be between Whitaker and Chaffee. With opposition to the Poseidon plant growing at the county level this could be an important vote for the future of this project – and your future water rates.

15 Replies to “Ready for Another Water Rate Increase?”