It was posted here six months ago, but I still can’t help but ponder the creepiness of this old film every time I think of Pat McKinley.

How could a human being justify such bone-breaking violence against passive citizens? I suppose it would require a complete emotional callousness towards the condition of anyone unlucky enough to live outside of his law-enforcement bubble. Indeed, the then-LAPD captain Pat McKinley told the judge that these folks had a “unique ability to withstand pain” that required his officers to use extreme force.

What sort of warped mind could spin out such psychobabble as an excuse for extreme violence visited upon the citizens of the United States of America? Well, the kind of mind that said this. 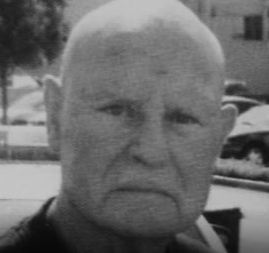 It just makes no sense to me at all. For decades this man has been trusted to wield the force of government in the pursuit of justice, and instead he has chosen to use it against those who stand in the way of his convenience.

It’s time to get this sociopath as far away from public office as possible. Forever.