Jan Flory seems to have a problem with strong younger men. Take a look at what her fundraising letter has to say about me: 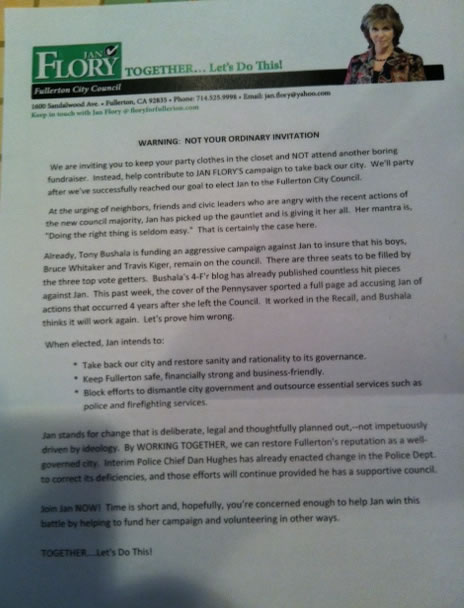 108 thoughts on “Not Your Ordinary Invitation”