Friends, long time community activist Steve Baxter wrote a must-read letter that was published in one of Fullerton’s up-and-coming blogs, The Fullertonian. Enjoy! 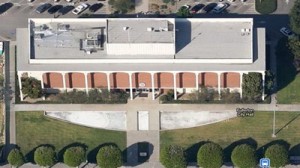 For a period of time I knew the man six Fullerton officers killed last July. His name was  Kelly Thomas and I liked him. As I was walking to my car in the Fullerton Ralphs shopping center, a man, when seeing my “Justice for Kelly” button, said to me that if I cared this much about Kelly when he was alive, he would still be alive. I was pretty baffled at that statement, but then I saw the “NO RECALL! FULLERTON IS NOT FOR SALE” sticker on the back of this big boy’s Jazzy Jeff scooter and it all made imperfect sense. “Hey brother,” I yelled, “just because you …..” That’s as far as I got before I knew it was not worth it. Besides, you don’t look very dignified yelling at someone who is relegated to a scooter.

I know that Kelly was loved by his family, and I know that Kelly was welcome to stay at any number of relatives’ homes, and for periods of time, he did. I know what six of our police officers did to him, and I know how Dick Jones, Don Bankhead and Pat McKinley, the three councilmen now facing a recall, reacted publicly to his death. Their lack of urgency, their lack of outrage, and the insensitive treatment to Kelly’s family, after what in my mind may be the most shameful 10 minutes in this city’s history, rises well beyond what even I expected from these three men. I’ve witnessed their disdain for the victim and his supporters firsthand at many council meetings. I witnessed it again watching TV interviews, where their ignorance was broadcast across the county. These old  mens’ desperate need for order trumped any need for truth. They lied and tried to spin the story at every opportunity, at times to ridiculous proportions. Dick Jones even tried to diminish Kelly’s injuries by saying he had seen worse in Vietnam. When the DMZ becomes the go-to reference point for downtown Fullerton, we have a serious problem. In light of this, the “NO RECALL! FULLERTON IS NOT FOR SALE” signs mean nothing to me.

Read the rest of “Fullerton Was Sold 20 Years Ago And The Recall Is How We Pay For Her Emancipation” on theFullertonian.com