The attorney for the Thomas family released some medical reports from UCI today. They say that Kelly Thomas was brain dead from head trauma as the result of an assault and there were no drugs or alcohol found in his system 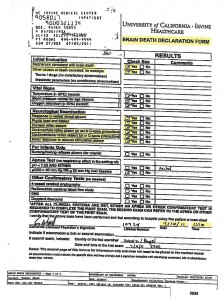 Chris went up to Garo Mardirossian’s press conference today to get the details. Check out the Taser demonstration at the end of the video.