Today Orange County Supervisor Shawn Nelson sent over this formal request to have the FBI take over the investigation of the police beating death of Kelly Thomas. 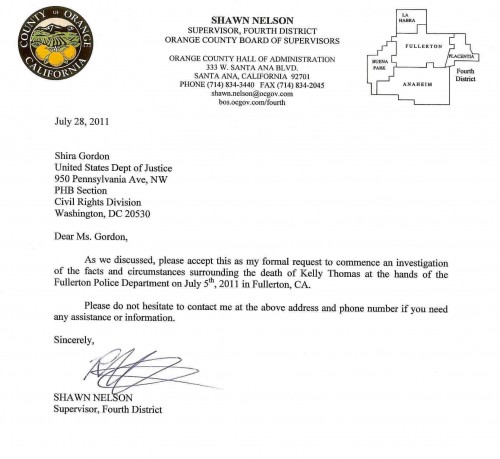 As a result, Supervisor Nelson told us that the FBI confirmed that it has launched a formal investigation into the incident.