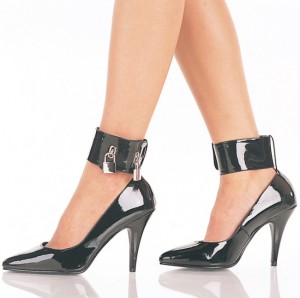 Um, too much information?

Everybody knows that traditional print journalism is on the way out. Why? Lazy citizens? Sensory overload? More convenient access? All of the above?

Dying papers like the Orange County Register are fighting a rear-guard action by turning their print edition into a dumbed-down website-looking format with lots of pictures and human interest stories for us idiots. And of course they have gone on-line with stuff like their political gossip column “Total Buzz.” Which might be better termed “Total Schmooze.”

Rather than actually dedicate itself to reporting real, relevant news, the Register has decided to dedicate its employees’ talents toward the inane, and to the political flackery of Martin Wisckol and Frank Mickadeit. It doesn’t seem to have occurred to the worthies than run the Register that Orange County is a market that is starved for local news and, coincidentally, that it is run by a group of political overseers who operate the place like their own private plantation. Seems like an opportunity to do real reporting, right?

But yesterday the Register hit a new low, even for them.

I just can't help myself.

Huh? FFFF has recently disclosed a series of embarrassing expenditures by the County Clerk, Tom Daly, including a $48,000 contract to the very same Brett Barbre to “study” an athletic hall of fame, and who then turned around and kicked back $1000 into Daly’s political campaign.

And what about the $1700 as month retainer that has been paid out by Daly for over five years to a Sacramento “consultant” to do – nothing. And how about the County spending $2,100,000 two years ago at Daly’s behest on a tear-down building that was supposed to house County’s archives? Of any interest to the intrepid journalists at the Register? Naw.

Instead we get pictures of what shoes the political hacks are wearing at the Registrar of Voters Office. They think we want to look at pictures of people’s feet. Meanwhile a lowly blog is forced to actually do a newspaper’s job.

Well, we can take a certain perverse pleasure in knowing that the Register’s days are numbered and that soon its employees will be doing (paid) PR work, or will be blogging for food.

Still, it does seem shame that nobody in the business is willing to try to fill the void where local news used to be.