Attorneys are expensive for a reason… they’re supposed to be smarter than the rest of us. But once again our high-priced legal experts from Jones and Mayer have failed to impress.

In haste to find a new revenue generating scheme, the Fullerton Police Department worked with Jones & Mayer attorney Elena Gerli (of former bicycle nuisance fame) to draw up an ordinance that would raise towing fees and create a new “franchise opportunity” within the city. For Fullerton motorists, that translates to more fees for the same ‘ol service. But I digress. 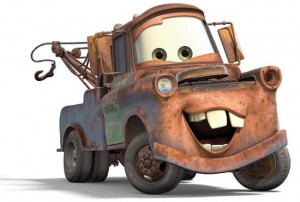 A series of tow operators gave detailed testimony that passing the ordinance would be a violation of several state laws. The City Attorney then gave a sketchy rebuttal (more on this subject in a future post) that failed to mitigate the council’s concerns, Sharon Quirk-Silva quickly took the lead in sending the attorney back to the drawing board and calling for a study session to prevent another legal mess for our city.

Was our attorney outsmarted by a group of tow truck drivers? It seems like it. We’ll find out in a few more weeks, but not until they’ve squeezed out another round of billable hours.

Why do I feel like we’ve been here before? Let’s see…  a bureaucracy’s insatiable desire to increase revenue combined with poor legal advice, leading to eventual lawsuits and thus diverting any potential “profits” into the welcoming arms of Jones and Mayer.