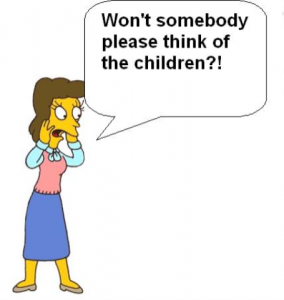 Using kids as a front to support your bureaucratic empire is almost something of a cliche. The educrats and teachers unions have been doing it for years. And so naturally the OC Children and Families Commission sings from the same sheet music.

Check out these billing entries from Matthew Cunningham to the Commission. 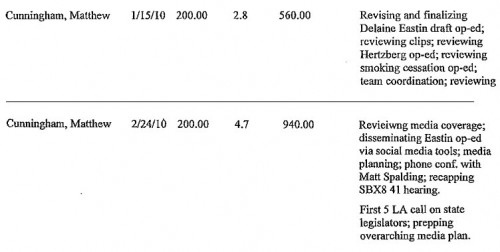 Okay, on January 15th, 2010 Mr. Republican is ghost writing an op-ed piece for a Democratic politician – the former State Superintendent of Schools, Delaine Eastin. A dirty job, but somebody’s gotta do do it, right? Besides the money is great.

A little digging and we uncovered this Sacramento Bee op-ed “by” Delaine Eastin dated 2/24/2010. Delaine is fighting hard for the dough that fuels the kiducrat machine, and that, parenthetically pays Cunningham $200 an hour. Is this the very same piece he wrote for the otherwise mute Eastin? Check it out and see if the style isn’t 100% Cunningham schmaltz – including the obligatory quotation from Abraham Lincoln. Be sure to read the comments as a reminder of Eastin’s troubled regime as Superintendent of Schools.

I’ve said it before and I’ll keep saying it. The OC Children and Families Commission is paying hundreds of thousands a year in PR and lobbying expenses that are handed out to the politically well connected like Cunningham, who is good buddies with Commissioner Chair Bill Campbell and Hugh Hewitt. What is the procurement process for these contracts, and what quantifiable metrics are applied to judge the success and ultimately the renewal of these contracts?

It’s time to open the window on this Commission and let some fresh air into the room.

16 Replies to “Pacific Strategies – Won’t Someone Please Think of The Children?”