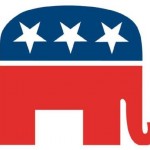 “Republican voters in North Orange County should know that Shawn Nelson is official candidate of the local and state Republican parties,” said California Republican Party Chairman Ron Nehring. “With the unions already spending big bucks, and the presence of a viable Democrat in the race, it is critical that Republicans rally behind Nelson’s candidacy.”

California Republican Party Vice Chairman — South Jon Fleischman, who made the motion to endorse Nelson, had this to say about the vote, “It is critical that we elect Republicans to local office who understand the challenges presented by the insidious influence of public employee unions, and their insatiable appetite for unsustainable taxpayer-funded benefits. Shawn Nelson is clearly the candidate who is prepared to deal aggressively to curb the influence of public employee unions.”

Councilmember Shawn Nelson is a fiscal conservative who was elected to the Fullerton City Council in November 2002. He served as Mayor in 2004-05 and 2006-07. Nelson is a California native who was raised in Fullerton. The Sunny Hills High School graduate holds a bachelor’s degree in business administration from USC, and a Juris Doctorate from Western State University College of Law. He was named the “Local Elected Official for 2009” by the Orange County Republican Party. Active in the community, Councilmember Nelson is a member of the Fullerton Elks Lodge and the Fullerton Chamber of Commerce. He is actively involved as a member of Zion Lutheran Church, is a sponsor and “Soccer Dad” for the Fullerton Rangers youth soccer club, and is head coach and a parent sponsor for Fullerton Pop Warner Football’s Junior Peewee Team.