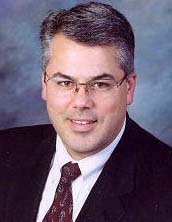 The other day one of our Friends asked Shawn Nelson for his impressions on the much-discussed High Speed Rail project. Our Friend has helpfully forwarded Nelson’s reply:

I have been struck lately by the supporters of the high speed rail and their seeming lack of common sense when it comes to problem solving; my observations have led me to believe that the current leadership of the program has become more focused on getting a pot of government gold to spend (the more the merrier) and enriching the myriad players involved in the process. By ignoring existing opportunities to run the rail project on the already existing lines of the Metrolink and Amtrak the current design for the high speed rail (HSR) to run from Anaheim to Los Angeles provides a windfall to those in the consulting industry by requiring countless hours of public outreach and environmental impact study.

Why aren’t the leaders of the program asking the basic questions and looking for basic answers? Case in point: I went to a presentation in Anaheim two weeks ago given by the project team of HSR. They explained that the HSR will be able to connect Anaheim and LA in 23 minutes. Of course to accomplish this the tracks would need to be able to cross existing streets that are not presently separated from the rail line (think at grade rail crossings with the drop arms and flashing lights) and some improvements to a curve in the tracks in the Buena Park area. They admitted that the first leg could be a stand alone service in case the rest of the project were never built!

In layman’s terms the first leg of the project is a likely multi-billion dollar effort to shave a few minutes off the average commute from Anaheim to LA. It would save ZERO time if we just made the grade separation improvements and ran an express line (i.e. no stops in between) once per hour! Is there anyone on the HSR board that is thinking this through? Clearly we do not need to spend billions of dollars to avoid running an express train once an hour to LA do we?

The concept of HSR in California could be a useful project tying the central parts of the state with the major metropolitan areas of the San Francisco Bay area and greater Los Angeles. Why isn’t the current effort focused on getting the communities in between tied in to the anchors on each end? Couldn’t Amtrak funding be tied in if the train went to the exact same locations on the route? As things stand now both ends of the line have currently operating rail systems that could be used and result in tens of billions in savings. Can’t the HSR start out by connecting the southern most terminus of BART with the northern most terminus of Metrolink?

Art Leahy, former OCTA president and now the current head of the MTA in Los Angeles, has gone on record acknowledging the problems with the existing approach. I applaud Art for standing up. He has a working knowledge of these systems and we should listen to him. I hope he takes a prominent role in the discussion going forward. Another public figure to recently demand some common sense be included in this process is Assemblywoman Diane Harkey of south Orange County who recognized the disaster we are walking into if we sell bonds to cover the costs for the current proposals.

There are a number of other problems such as why would our Measure M dollars be used to fund the vast majority of the HSR train storage facility/transit link planned in Anaheim? Isn’t measure M money generated here for the purpose of helping all commuters get around Orange County? This is a state and federal project not a local project. Getting people from San Francisco to Anaheim was never the purpose of Measure M. To make matters worse, the $140 million or so in Measure M funds being proposed for the train parking facility are desperately needed by cities like Placentia and Fullerton to finance underpasses at railroad grade crossings – grade separations that will make life better for everybody in North Orange County.

The road we are on now is going to exhaust all the funding available at the state and federal levels, enrich a few well-connected consultants, ruin many neighborhoods that don’t need disturbing and accomplish virtually nothing but duplication of service already provided. Why can’t common sense have a place at the table? Government doesn’t have to be the home of poor execution, but in order to get results that are good for the citizens we need to demand accountability before it is too late.