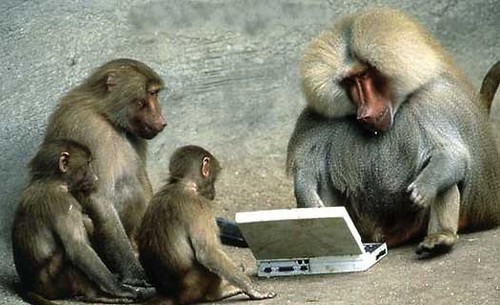 Council member Mr. Dick Jones was caught drooling yesterday at the idea of using taxpayer funds to create a massive fiber optic nightmare to compete against local businesses and bring high-speed Internet connections to our supposedly media-starved school children. A presentation was made to the council by smooth-talking Paul Stover of the Technology Working Group to deploy a 37-mile fiber-optic loop buried shallowly underneath major Fullerton traffic arteries. Mr. Jones seized upon the idea of becoming his own telecom corporation, using taxpayer resources to launch Fullerton into the high-risk world of the telecommunications business. Despite his lack of experience in the telecom industry and without surrendering a moment to ponder the idea, Mr. Jones eagerly pronounced “I’m ready to sign up!”

In the corporate world, responsible executives must keep a tight reign on their computer geeks, who are easily coaxed by fast-talking technology salesmen into spending other people’s money to buy themselves fancy new toys. Mr. Jones and the rest of the council should always be wary when IT salesmen throw around meaningless buzzwords like “Futureproof” and “knowledge workers” in an attempt to justify fabulous new financial ventures deep into the territory of private enterprise.

Council member Shawn Nelson got started with some important questions, but the council needs to go much deeper. These are the questions you should be asking TWG and ISMS (the consulting company who conveniently recommended themselves to manage the proposed system). Vague, assumptive or misdirecting answers should not be accepted.

1. Should we make a long-term investment into a rapidly-depreciating commodity? The cost of bandwidth has been falling by orders of magnitude for the last 15 years and is expected to fall even faster as ISPs trip over each other to deliver high-definition video to every home in America over the next few years. Is that the low-margin business that the City of Fullerton should enter? Or perhaps we should position ourselves to benefit from the fruits of this new competitive marketplace by leaving ourselves open to the most efficient solution utilizing commercial economies of scale that a city can never achieve by itself.

2. Do our children really need gigabit Internet connections at school? Some of our teachers seem to be very interested in bringing more bandwidth into our schools to fill our children’s mind with the best videos that the Internet has to offer. For as far back as I can remember, projectors, VHS and DVDs were used by lazy schoolteachers as babysitters in the classroom when they don’t feel like actually teaching. Will Internet video be any different? Why are these teachers so quick to outsource themselves to a video professor?

3. Why does the network have to be physically owned by the city? ISMS disingenuously implies that their giant list of potential uses for this fiber network can only be achieved if Fullerton owns the physical medium. That is completely false – any and all of these technologies could be run over network access provided by the marketplace on an as-needed basis.

4. Will Fullerton really be able to re-sell portions of the network to businesses? Mr. Jones clearly became enamored with the idea, but the TWG spokesman downplayed it and suggested that it was merely a possibility. Almost all businesses have connectivity needs that go beyond the borders of a single city and would be wary in signing up for government-run service in a competitive marketplace.

5. What are the risks of microtrenching the new cable? Microtrenching is a newer cable distribution method which only buries the cable about a foot under the surface of our roads instead of digging large trenches. Are there any long-term reliability studies of this new technique? If we lay 37 miles of cable over the top of our existing utilities, what are the increased costs when we have to do maintenance to our gas lines, sewer lines, water mains and street surfaces?

Mr. Jones may be easily bedazzled by big words, flashing lights and his own jokes, but the rest of the council should be wise enough to ask the right questions before taxpayers are sold on this so-called Fiber Field of Dreams.