Just when I was preparing to see a new chapter of shenanigans in Fullerton coming from our new council, instead from the realm of ARE YOU F^&$&ING KIDDING ME comes Doug Chaffee trying to slap Fullerton with one more bit of cronyism before he leaves to play at the county level.

Less than two short weeks ago the council voted, 3-2 (Sebourn, Silva & Whitaker vs Fitzgerald & Chaffee) against an unsolicited bid for a hotel on the parking lot near the train station at Santa Fe and Ponoma. Cooler heads prevailed and a more open, transparent and honest process was suggested.

Now Chaffee, who per the City Manager agendized this item, wants to crush that transparency and openness in his last meeting this coming Tuesday. To make matters more unpalatable the council/staff arranged the agenda to swear in our new council member (Zahra) and say goodbye to the ones leaving (Sebourn & Chaffee) AFTER they vote again on this hotel nonsense. For the uninitiated there is a vendor who wants to build a hotel and Fitzgerald and Chaffee want to hand it off to them without opening a bid process to interested parties. It’s cronyism and backroom dealing 101. 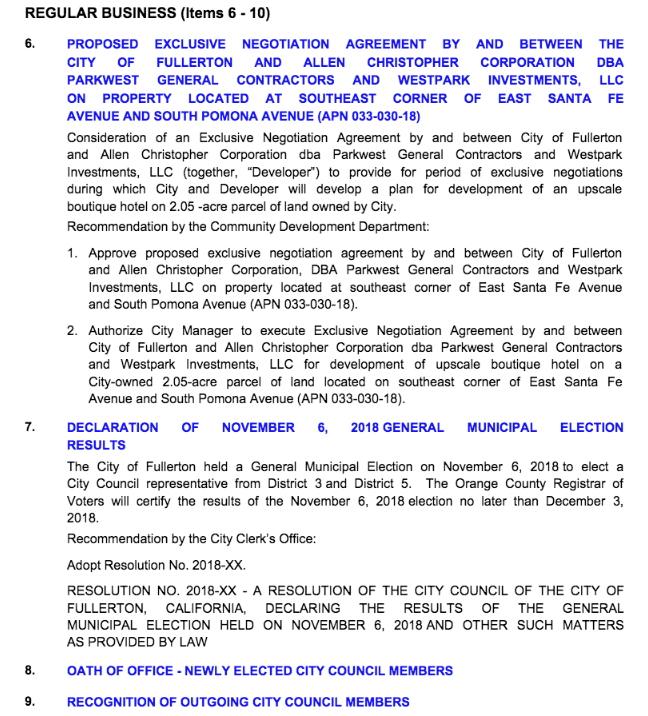 This is truly a slap in the face to both Ahmad Zahra and District 5 as this new development would be in their neighborhood and the first District 5 candidate will have no say on it because the agenda lets Zahra join council mere moments AFTER this hotel’s fate is already decided.

This coming back this quickly means one thing and one thing only – somebody got to Silva* as he’s the likely weak link on this issue.

For reference here’s what Silva said about the ENA at the last meeting at approximately the 3:30:12 mark:

We’ll see if Silva still believes this on Tuesday or if all of the sudden competition is less important than craven cronyism.  Even if it’s the case that Silva changed his mind, does he really think so little of fellow Democrat Ahmad Zahra that he’ll prevent him from voting on an issue that residents of District 5 have officially elected him to decide on?

This is just dumb, unnecessary, and silly. One can’t help but wonder if this is really Doug Chaffee being that tone deaf or if it’s really retribution for Ahmad Zahra winning a seat his wife coveted in the first place.

Because, and let’s be honest, if Paulette Marshall Chaffee won this election, Doug wouldn’t be preventing her from voting on Tuesday. 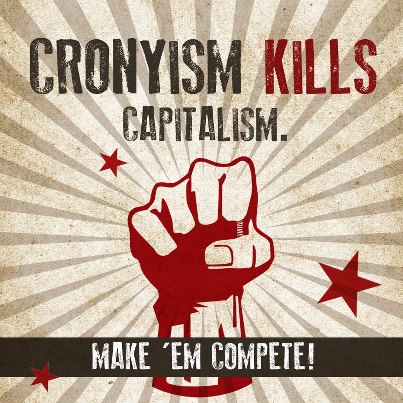 *it’s possible that Whitaker or Sebourn were flipped but they had stronger arguments than Silva and are more ideologically opposed to cronyism.