Skip to content
Posted onMarch 27, 2012December 12, 2016Brick Veneer, Fake Old, And Other Horrors
by admin189 Comments on Slidebar’s Noise Assault: Is It Even Legal?

Ah, late night music in downtown Fullerton. The louder it gets, the more people show up.  And at the Slidebar, the party rocks on every night of the week.

Sure, it’s fun if you’re visiting from the 909 on a Thursday night. But to the rest of the public, nonstop amplified outdoor music is known as something else: a Public Nuisance.

Here’s what the Fullerton Municipal Code’s Limitations on Permitted Uses section has to say about music on outdoor patios:

15.30.040.I.7.c.ii.     No amplified music or amplified entertainment is permitted outdoors, except recorded background music for dining establishments wherein normal conversation is not impeded; no music or entertainment shall be permitted on a patio past 10:00 p.m. Sunday through Thursday, and 11:00 p.m. Friday and Saturday.

So whose job it is to police the downtown bars and night clubs that have patios with outdoor amplified music?

On Tuesday night, July 7, 2009 the Fullerton City Council finally concluded the issue of Live Outdoor Amplified Noise.  With a 4-1 vote (Pam Keller in opposition for some reason), council members decided that our current sound ordinance will suffice, moving forward into the future. Currently, acoustic music is allowed outside and louder live amplified music is not.  Jones, Bankhead, Quirk and Nelson all voting that the outdoor use of acoustical instrumentation (without amplification) is A-OK, but the use of louder live amplified noise on downtown private  patios on a regular basis is not the best thing for Downtown Fullerton.

It was stated in the sound study that was produced for the city at a cost of $16K that it is very unusual for cities to allow loud live amplified music outdoors on a regular basis. This obviously doesn’t include special events which are permitted under the current city code.  It’s so unheard of that only 3 cities in the whole country where cited as allowing some kind of routine outdoor noise, 2 of them out-of-state. The vast majority of cities allow acoustic (non-amplified) music outdoors while the loud music belongs inside. What a great idea!

Cheers for the Council for making a wise decision and preserving the peace in Downtown!

Cheers for the Council for having the foresight to see that over the long run this will encourage positive development in the downtown and promote a healthy business climate for all types of diverse shops and residential dwellings to thrive in downtown.

If you think about it, some types of music just aren’t conducive to being peace and quiet, yet others are. So by sticking with the current ordinance, acoustic music like folk, jazz and blues are encouraged outside while the louder harder stuff is only allowed indoors.

So we did it. Friends for Fullerton’s Future has appealed the appalling decision by the Fullerton Planning Commission to grant a bogus “special event” permit to Jack Franklyn’s “Roscoe’s” in order to legitimize his ongoing violation of the City ordinance regarding outdoor amplified music in the C-3 District.

We’ve been over this already so there’s no need to rehash all the details except to say that for some reason the City has been complicit in this ongoing permit-dodging scandal: no permits, no code enforcement, a cooked-up noise study, a phony special event permit. The list goes on and on. Now the City Council will be able to weigh in on the subject. We expect lots of chit-chat but the real issue is so simple: the law says you can’t do it! If you want to change the law, then do it. But not before all the necessary CEQA responsibilities are met. And that means an EIR!

Just what exactly does “temporary” mean? “Roscoe’s Famous” Deli,” and famous noise polluter in downtown Fullerton is back to the Planning Commission Wednesday night to try to get a “special event permit” for outdoor amplified music.

The Planning Commission and City Council already agreed that outdoor amplified music is not a good thing for our community. Allowing loud music to be permitted on a permanent basis will stump Fullerton’s bright future of continuing to become a center of mixed-use commerce and residences as defined by the current downtown zoning (C3.)  If we want our downtown to unfold in a positive direction it’s imperative that we as a community find a balance between business, entertainment and living in the downtown. Its real simple: if you want loud noise you need to put it inside. In fact the city required Tuscany Club to keep it’s door shut during the hours it has its loud entertainment- that sounds like a reasonable idea doesn’t it ?

As usual the City staff has gotten everything ass-backward.

Instead of establishing an objective code and requiring that businesses abide by it, they are actually justifying a likely nuisance as way to experiment with amplified music outdoors, and thus circumvent the existing Code. The taxpayers have just paid for an acoustical study. What are the results? Those results should be used to amend the Code or leave it as is. Then it should be used as a mechanism to approve or deny permits – “special event” or otherwise, and if necessary, code enforcement.  The special event permit also strangely omits hours of operation. That’s pretty negligent, and we wonder why.

Roscoe’s didn’t get approved for a permanent permit to play amplified music outdoors; now they are trying to get a temporary permit to do that very same thing…. Hey that’s very creative, but we don’t think a special event permit should evade that original denial, and we don’t think a temporary permit was ever intended for eight events spanning an entire summer! Can you imagine having a neighbor that continues to have a backyard party with a loud electric band every weekend ? That’s how a lot of Roscoe’s neighbors feel…

This is the Municipal Code that deals with temporary event permits in the City of Fullerton:

The Fullerton Municipal Code defines a special event as “an event that will be conducted outdoors to which the general public is admitted or invited. Such an event includes a carnival festival tent or car show, circus parade, auction rally or similar kind of temporary outdoor exhibit or performance” (Accents added).

As follows is the roster of Roscoe’s “special event” application-

Friends, you decide if this is just a way to get around the rules that all the rest of us are supposed to abide by. Let’s not forget that in the original permanent use hearing the City ignored its own environmental review obligations. Why is Famous Roscoes and its owner, Jack Franklyn, receiving all this special consideration and hand holding from the City? The law is the law. We all live by it everyday, and so should he. 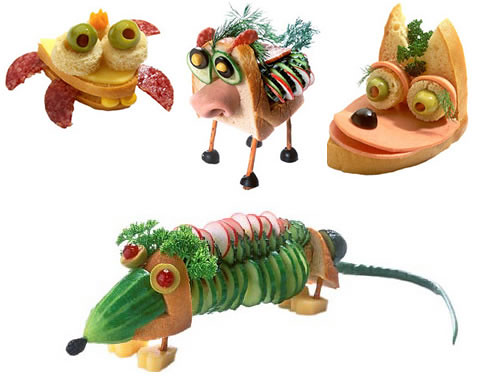