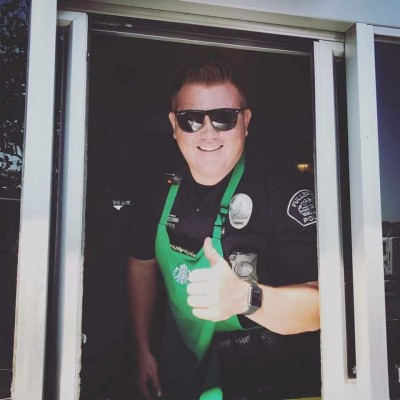 For those of you paying attention to the story of Perv Cop Paez, I’ll direct your attention to some correspondence with the Fullerton Joint Union High School Board of Trustees from back in December 2018 when rumors of this story first came to light.

This is an email a friend of ours sent to each member of the school board: 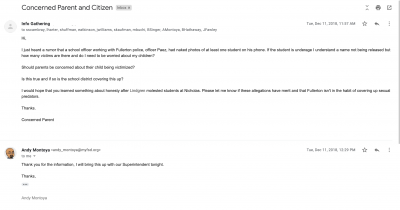 I just heard a rumor that a school officer working with Fullerton police, officer Paez, had naked photos of at least one student on his phone. If the student is underage I understand a name not being released but how many victims are there and do I need to be worried about my children?

Should parents be concerned about their child being victimized?

Is this true and if so is the school district covering this up?

I would hope that you learned something about honesty after Lindgren molested students at Nicholas. Please let me know if these allegations have merit and that Fullerton isn’t in the habit of covering up sexual predators.

Only one member even bothered to respond and that was the following paltry message:

Thank you for the information, I will bring this up with our Superintendent tonight.

So there you have it folks. A Fullerton Police Officer, in his capacity of School Resource Officer, was allowed to roam campus unchecked, film up the skirts of teachers and students, delete his own Body Camera videos with no oversight and allegedly store child pornography on his (department issued?) phone and you the public get to know nothing.

The Fullerton High School Board of Trustees won’t even bother to respond to you if you’re concerned about such things as predatory officers abusing their power to peep on your daughters.

To this day the school board has remained mum, the police chief put out a press release extolling his own virtues and you can bet our useless council will pat the department on the back for the bare minimum that was accomplished here.

How many students were victims of Fullerton PD while on campus? How many have a #PaezMeToo story to tell? Are your kids safe from predators while on campus? You don’t have a right to know according to the Fullerton Joint Union High School Board and Fullerton Police Department.