Fullerton has a long and sordid history of City Council making stupid moves and putting personal animus and self-interest above what’s best for the City and it’s residents but this week they’re just insulting us taxpayers.

You see, at the last council meeting a majority of the Council voted to approve a budget with a glaring $10 Million hole in it. That’s right – the budget is in the red and terribly so. We’re broke largely because we’ve been systematically defunded by the Police and Fire Unions over the years abetted by an indebted City Council Majority who can never make hard decisions, do real math or plan ahead for the future.

The current Council has no idea how they’re going to make up this budget deficit or where the money is going to come from to pay the ever increasing union pay and benefits packages they can never deny.

So this week what’s on the agenda? What are the brass tacks they’re going to get down to? What are the hard choices they’re prepared to make in light of our financial woes? Where oh where must the cutting begin?

Somewhere else at some later date. Instead of cutting, the council is instead going to vote on spending – specifically spending for themselves.

That’s right. Self-interest is the item of the day. They’re going to vote on wether or not they should spend $75,000 to give themselves offices on the third floor of City Hall. 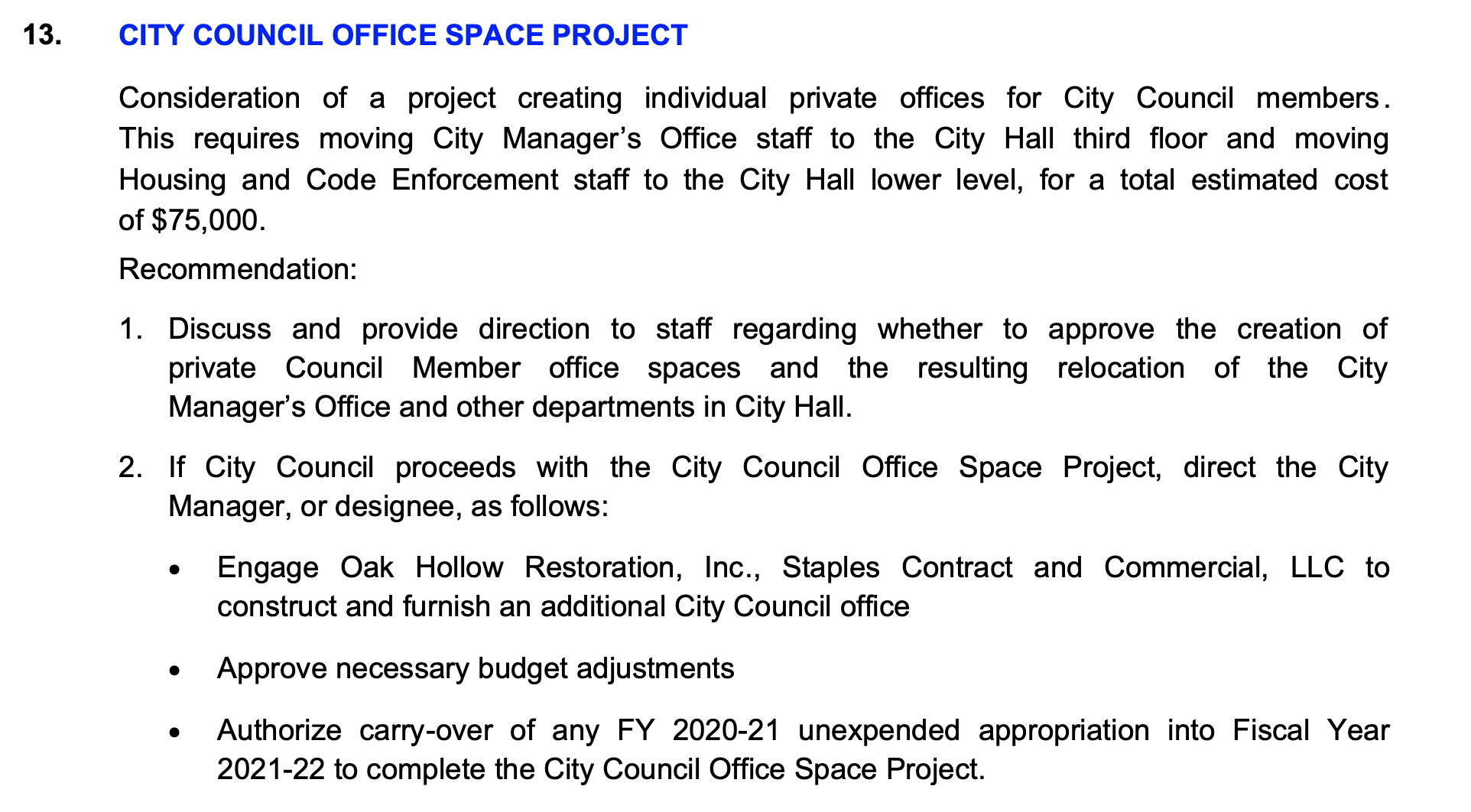 You heard that correctly. Just one meeting after admitting they have no idea how to balance our budget they want to reward themselves with new offices for all of their hard work.

This is a level of self-entitlement and tone-deafness that should be unimaginable from true  “public servants”. This is nothing less than arrogance of the highest order.

Over the next few years you’re going to be asked to give up more in services, to pay more in fees and taxes and to take it on the chin because of our financial dire straights. Dire straights we were put in BY our bought and paid for City Councils.

Over those next few years Council and their allies will likely be trying to sell you on all of the financial hardships we face as a city – of course right after taking meetings with developers and lobbyists from their swanky new offices they prioritized over balancing the budget because, well, screw you.

I hope they at least have the decency to play the fiddle from up there on the third floor while they watch Fullerton burn but I doubt they’d even give us that much respect.

46 Replies to “Fullerton City Council Gives the Finger to Taxpayers”