I’m not sure why Fullerton is so dedicated to being lying liars telling lies to just to tell them but that’s how they do.

Recently somebody put in a Public Records Request to find out if the City of Fullerton was in violation of Federal Aviation Administration (FAA) Grant Rules and risking a financial headache.

This all stems from Hanger 21 and their non-aeronautical use holding parties instead of making sure the space in question is used for actual aeronautical use as required by the FAA.

“Please provide me with a list of non-aeronautical and aeronautical hangars at the Fullerton Airport.”

The response from the city was;

“The City does not maintain a list, and the Public Records Act does not require the City to create records in response to a request.” 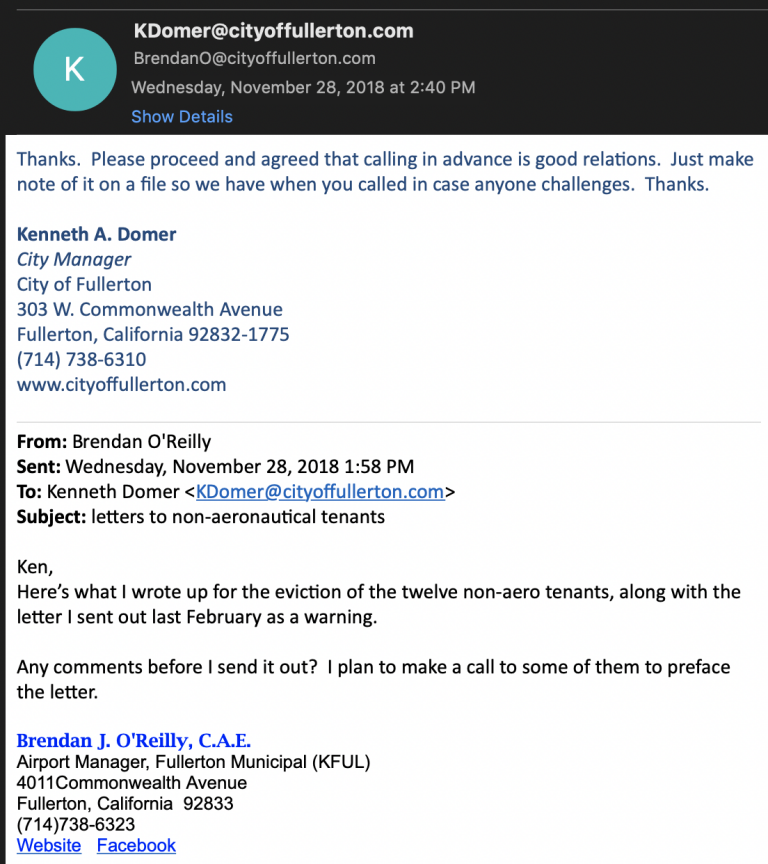 “Here’s what I wrote up for the eviction of the twelve non-aero tenants, along with the letter I sent out last February as a warning.”

So there’s a list of non-aeronautical tenants when the city needs it but not one when the city is required to disclose it? It sure seems that Brendan O’Reilly is making things up at his convenience to suit his immediate needs.

Oh Lying Liars and the Lies they tell.

This isn’t the first time that O’Reilly has been caught lying. He previously lied to the city about the airport having a waiver for non-aeronautical uses which the city doesn’t have. He got away with it because our council and staff are lazy, incompetent or both.

In the end, these lying liars who lie are going to cost you, the taxpayers, millions.

It’ll cost you when AirCombat wins their lawsuit because the city is illegally renting an aeronautical facility to a non-aeronautical user at below market rates AND the city purposely disqualified two applicants (including AirCombat) from the lease because Hanger 21 could pay more. BUT we rented to H21 at below market rate (if it wasn’t on an airport) because they could pay more than the tenants who would actually use the space for aeronautical uses which the city is legally required to prioritize.

Then it’ll cost you once more when Hangar 21 sues the city for estoppel for damages they incurred after the Feds force H21’s eviction from the property due to an illegal lease.

Oh. And don’t forget that the airport wasn’t even zoned to allow for Hanger21’s business when they were approved. Again, per Airport Manager O’Reilly: 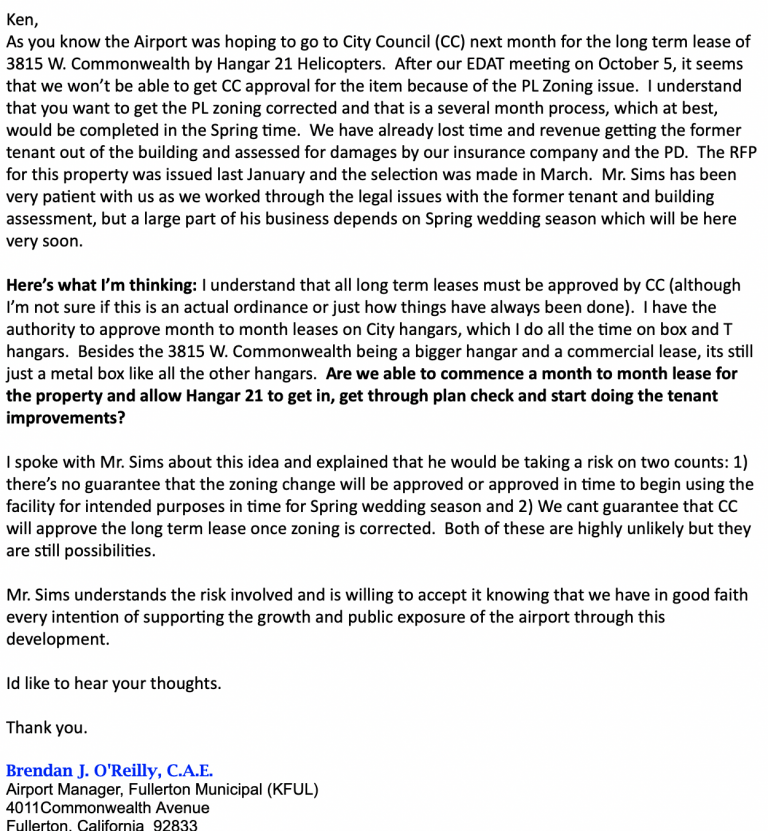 “After our EDAT meeting on October 5, it seems that we won’t be able to get CC approval for the item because of the PL Zoning issue.”

It isn’t going to get better until voters hold these nitwits accountable and make them responsible for their actions. Good luck getting that to happen.