Word has got out that disgraced former city manager Joe Felz is working with Crittenton Services on a new “mixed-use” development on Harbor Boulevard. It’s hard to imagine Crittenden – that takes care of wayward and abused girls – being in the land development business so that doesn’t quite make sense – unless maybe it’s to build themselves a new corporate complex.

Is Felz working for a fee so he can profit from all those inside contacts he continues to cultivate after his (and our) municipal humiliation? Maybe he is donating his valuable time for the sake of the charity. Either way, it hard to see why Crittenden would think the services of Felz, who quit after getting popped driving off the road and trying to make a quick getaway, would be anything other than an embarrassment to them.

A little research shows that Crittenden has assembled quite a bit of real estate over the years. And curiously (or not) it is directly adjacent to the “Fox Block” monstrosity that never seems to go away. 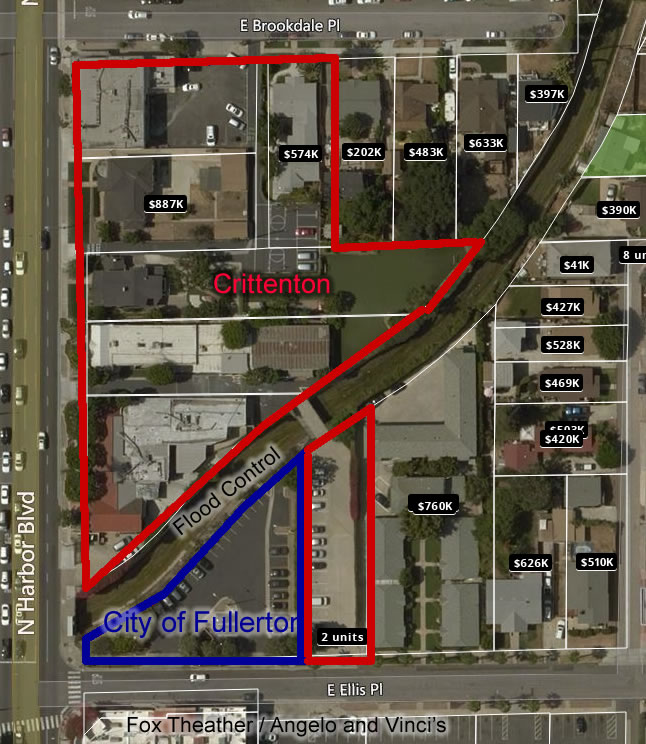 If the city made a deal to get rid of the “useless” triangle parking lot, the rest of Crittendon’s property along with the covering of a flood control channel and the elimination of an alleyway would make a great apartment block.

And finally, I note that the Fullerton Redevelopment Successor Agency is holding on to $6 million for the Fox Block – vestigial redevelopment Monopoly money that will end up in some developer’s pocket.

31 Replies to “Another Felzian Development”