You may have noticed that sites like Wikipedia and Craigslist have gone offline today to protest a pair of bills that threaten free speech on the Internet by criminalizing the simple act of freely linking to other websites.

If the SOPA and PIPA bills were to pass, even your comments here on FFFF would be affected. This blog would carry the legal burden of preemptively censoring links posted by our visitors or risk criminal penalties.

The resulting chilling effect would be a catastrophic blow to public discourse and our freedom of speech on this blog.

When queried a few weeks ago, Royce provided this statement of meaningless ambiguity: 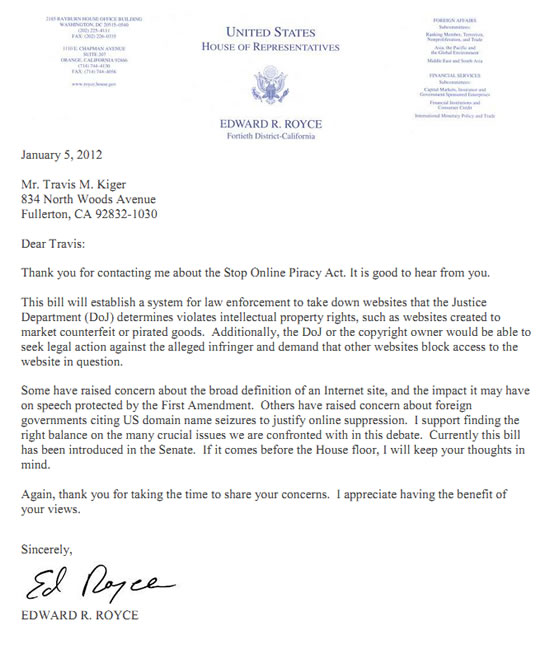 But the pressure is working. Today Royce’s view seems to be sliding in the right direction:

Either way, take a few minutes today and let your representatives know how you feel about SOPA and free speech online:

56 Replies to “What Does Ed Royce Say About SOPA?”