The Howard Jarvis Taxpayers Association fired off another pithy letter to city manager Joe Felz last week, accusing him of intentionally delaying the termination of the illegal 10% in-lieu water franchise tax while continuing to collect over $100,000 per month from Fullerton residents in violation of the state constitution.

The letter states that Joe Felz verbally admitted to the illegality of the fee and promised action within a certain timeframe. But honesty is not a virtue within city hall, and nine months later Felz and his trusted council majority of Bankhead, Jones and McKinley still allow the city to continue its theft without comment or remorse.

Mr. Bittle closed out his letter with a threat of a class action lawsuit that would seek a refund on behalf of all Fullerton water users. As one of the 135,000 ripped-off residents, I’d say that’s a great idea. 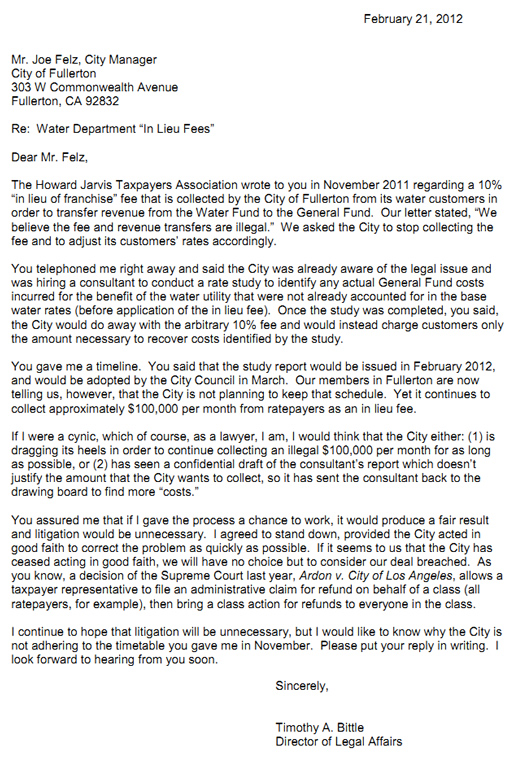