Just when you thought you’d seen every kind of gluttony, along comes former City Manager and Recall opponent, Chris Meyer to give new meaning to the concept of pigging out. 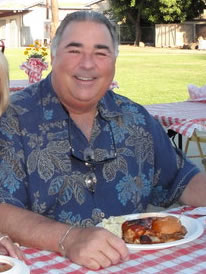 Here is a summary of Meyer’s final day payout as he bid the taxpayers of Fullerton adios: 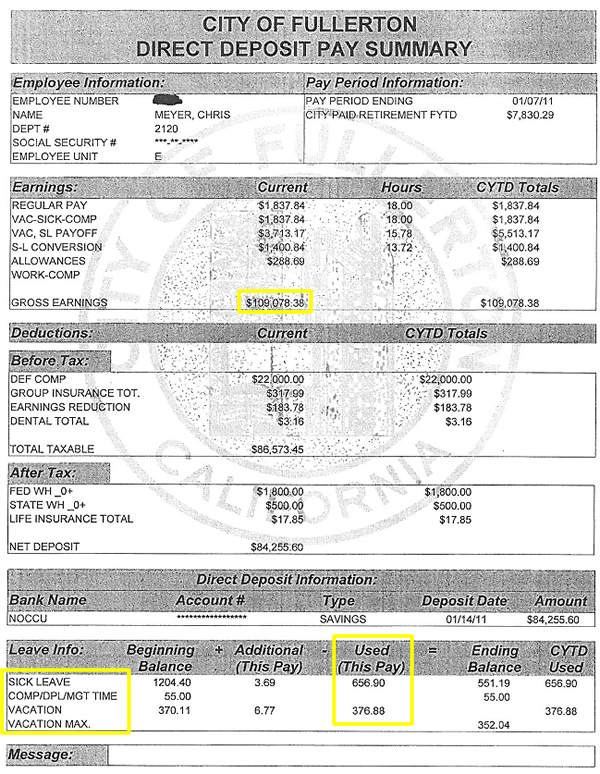 Yes, folks you read that right. Almost $110,000 of unused sick days and vacation days racked up by Meyer in our service. Well, really in his own service. And that one massive payday on January 7th put Meyer into the Fullerton high roller club for the entire year of 2011.

The worst part, of course, is that Mr. Meyer presided over Fullerton for about ten years – as the disastrous [email protected] pension was enacted, as the FPD Culture of Corruption went into full swing, as Downtown Fullerton became a boozy free-for-all, as the City illegally added a 10% tax to our water bill each and every month, and as the City’s infrastructure began falling into a massive sinkhole.

And had not Shawn Nelson blown the whistle on him in 2008, he would have gotten away with another pension spike for the paper pushers – himself included.

The Meyer regime passed on a financial and infrastructure legacy of debt to future generations without an apparent pang of remorse. In his world we are just there to pay the bills and keep our mouths shut.

37 Replies to “Chris Meyer Gets His”