UPDATE: Here is Goodrich as reported by Brian Martinez at the Register:

Fullerton police Sgt. Andrew Goodrich said drivers have been holding down their horns continuously for a quarter-mile up and down Commonwealth and Highland. He said the department received numerous complaints from nearby residents, businesses and park-users about the excessive honking and other instances of disturbing the peace such as yelling at and approaching drivers who don’t honk their horns.

According to Marisa Gerber at the OC Weekly Fullerton cops started handing out tickets to motorists who showed their support for today’s protest. Fortunately some concentrated verbal rebuke from the protesters directly in front of the FPD building resulted in the cops beating a hasty retreat.

Now, for fun, let’s listen in on Ms. Gerber’s conversation with the 2011 Dr. Josef Goebbels Award finalist, Andrew Goodrich, who is, miraculously, still employed by the FPD as a spokesman, and whose lies and quarter-truths are piling up so fast we need wings to stay above his torrent of bullshit:
“It’s not just the horn honking, but leaning on the horn,” says Sgt. Andrew Goodrich, spokesman for the Fullerton Police Department, about the people who were cited for “illegal use of horn.” The department issued three citations, one of which the captain voided, Goodrich says.
Apparently Goodrich believes illegal use of horn merits paying a citation. Of course beating a man to death merits a paid vacation. Here’s more:

Goodrich says the police department has received “numerous complaints from residents and businesses” about the protesters in the past few weeks. The department received a complaint from one motorist who said their kids were frightened by a protester running in the streets.

Numerous? Really Andy? As numerous as the broken bones you claimed were suffered by the FPD killer cops in the “fight” you said they had with Kelly Thomas? I wonder if Kelly was as fearful of Goodrich’s fellow union members as those mythical “kids” were afraid of protesters running into the street. But Goodrich isn’t finished:

“The question was being asked of us why were allowing protesters to flagrantly violate the law,” Goodrich says, adding that the department has worked to give protesters some “latitude”. The police department contacted protest organizers last night, and again this morning, to ask for cooperation, he says.

“Flagrantly violate the law?” Is that phrase (coming from an FPD mouthpiece) supposed to be some kind of sick joke? Come on, Goodrich, who asked that question? Anybody? And were they at all concerned about FPD flagrantly violating the law by smashing a homeless man’s face in, killing him in the process? What’s that, Andy? Not flagrant enough?

And, by-the-way, thanks awfully for “working” to give us “latitude” to exercise our Constitutional rights, Sergeant Slime Trail. 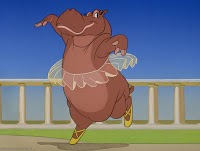 Coming from the department spokesassclown who has deceitfully spun portly pirouettes around all the reports of serial law violations perpetrated by his fellow union brothers and sisters in the past few months, it’s now impossible for any objective person to believe a damn thing that emanates from this baboon’s yapper.

Now, here’s a question being asked of us at FFFF: can the FPD and the City be so detached from reality that they believe the jackass Goodrich is in any way doing them any good? I guess that question really answers itself.

Why is this sack of bovine excrement still employed?

264 Replies to “More Squeals From Goodrich”