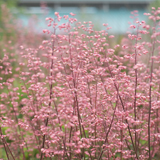 Among nearly unknown local governmental agencies, the Fullerton Arboretum Authority must rank pretty high on the list. Its 26 acres are tucked away between the CSUF baseball fields and the 57 Freeway.  And according The OC Register, here, the Authority failed to reveal salary data of its employees as required by John Chiang, the State Controller. They faced a $5000 fine.

Arboretum staff claim they have no record of ever receiving the notice from Chiang. Which is either an indictment of Chiang, the USPS or of Arboretum Director Greg Dyment’s front office. But apparently they have contacted the Controller’s office and are off the naughty list.

The topic caused me to visit the Arboretum website. Although I couldn’t find a list of the Authority Commissioners on the website, I discovered that there is something called the OC Agricultural and Nikkei Heritage Museum on the grounds and that there is actually a “civil rights in California” exhibit at this facility. Civil rights? That seems like a pretty long stretch for a botanical garden, although the connection with Japanese WWII internment is clear enough. Still, I’m wondering what the connection is between a botanical garden and Nikkei history in the first place, other than that Japanese-Americans were farmers and nurserymen – as were lots of non-Japanese.

Anyway, as a joint venture between the City, the Redevelopment Agency, and CSUF it might behoove us to learn more about the operation of this government agency.