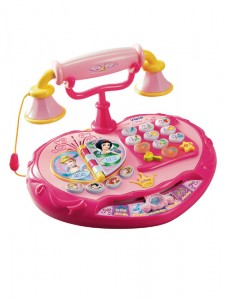 The other day I noted how some guy named Dan C-somethingorother at the Liberal OC blog was trying to blame FFFF because some anonymous guy left “harassing” phone calls at Lorri Galloway’s house. We don’t know which house that would be since she actually lives in Anaheim Hills – but that’s a bit beside the point for now. Come to think of it, I don’t even know if the call was made to anybody’s house. Still, Dan says so and Dan is an honorable…oops. Actually the guy’s a self-important prick. But I digress.

I thought it was  pretty bad for Dan C-somethingorother to blame FFFF for the actions of someone not connected to our blog – as if ridiculing the vapid, carpetbagging airhead that is Lorri Galloway would make us responsible for anybody calling her. Dan and his pal Chris Prevatt (no, I will not inflict that image on the Friends anymore) love making fun of people they don’t like – such as Chris Norby – whose marital status has been a point of humor for Dan. Would he accept responsibility for calls to the people he ridicules? Of course not.

Anyway Dan C-somethingorother has helpfully posted a youtube clip of the horrible harassment so that we can all share the horror.

Actually it turns out there was one phone call. On February 16th. The second message of March 2nd is obviously a call back to a number left on the dude’s phone – Galloway must have dialed the guy’s original number and left a message! He says he recognizes her voice. Good for her. Dialog! Now maybe she can use that interpersonal skill in her lame videos.

Comically, Dan C-somethingorother tries portentously to amp up this episode ’til the end – referring to the “series” of phone calls when really there was initially only one. And then subsequent return of a Galloway call by the mystery man two weeks later. And at the end of the video be sure to enjoy the pompous and self-righteous Dan’s “reporting” sign off. Too funny! Gosh. Are we in the presence of a real reporter?

Now lest it be said by our Muave and Blue pals that we here at FFFF condone rude phone calls to politicians, we do not. However, that doesn’t mean we’ll let the lazy and biased posts by Dan C-somethingorother get a pass, either. At least not when he is accusing us of some wrong doing.

And maybe Precious Princess better not call the cops in just yet.