Worst Vote 2010. For sheer, wasteful incompetence you’ve really got to hand it to Chris Norby. The judges were horrified by the deed. Politicians get so few chances to do the right thing without fear of reprisal of some sort. And when confronted with the opportunity to tell Janet Nguyen to take her stupid memorial and shove it up her Midway City, Norby gave her a big, wet $350,000 kiss. Ugh.

Best Image of 2010. Was there ever any doubt? The selection committee didn’t even pause for another bong rip. You knew, too, didn’t you. Here it is:

Engaging Political Mailers. This one was tough and the committee labored long and hard. And by long and hard I mean, hello bankrupt Aaron Gregg; and good-bye to any chance of winning anything:

Best Campaign Sign. Another no-brainer for the selection committee who by now was totally fried. In a year of outstanding campaign sign outstandatude, one entry blew the others away. And you you knew it was coming, dintcha? Bad Chi. Bad, bad Chi!

Wackiest Political Stooge of the Year. Yep, the dark horse took the bait and takes the brass ring. And by brass ring I mean a coveted Fringie. And by dark horse I mean the nominee originally set up just to round out the field. The humorless, brain-washed oddball 4sd Observer, re-emerged to remind us all of the hollow Sham that was Pam and the various cretins who actually bought into her scam and continue to defend it.

Most Embarrassing Political Endorsement. Hopefully you caught on by the time you reached the end of the squalid list. And if u dint u r not 2 brite. All these miscreants, dingbats, and airheads endorsed the same bozo – Hairball Sidhu. And he in turn was only too eager to publicize their support. And that means they all deserved each other – a way down there at the bottom of the slimy well.

Worst Political Candidate. Yes, Hairbag Sidhu is an inveterate office-seeking, perjuring assclown. Lorraine Galloway is a blithering idiot. But neither of them actually poisoned anybody. Neither had to give their DNA to the DA to dodge a stay at Theo Lacy; neither’s old man was busted, in flagrante delicto, stealing campaign signs. And so the winner must be obvious. It was to the committee. Cue Roland Chi theme song.

The Committee believed it would be remiss without recognizing special contributors to the North OC Scene, and so it deemed Special Fringies to be in order. here they are:

The 2010 Don’t Know Whether to Laugh or to Cry Special Fringie goes to this collection of crooks and scammers who seem to understand the bathos of the June 2010 election night situation. All except the buffoon in the middle, of course, who seems to find the whole thing humorous:

The 2010 Do As I Say Not As I Do Special Fringie Hypocrisy Award goes to none other than Matthew J. Cunningham, who rails about big government and nanny states, as well as all the other repuglican moralistic bugaboos, but who actually makes his living, such as it is, on the government crumbs his ‘pug bosses brush off their table. In 2010 we busted this fine, upstanding “conservative” gentleman for being the publicist of the Rob Reiner tax-and-redistribute OC Children and Families Commission where he was making $200 an hour handing out toothbrushes, listening to the radio, having lunch with Steve Greenhut, writing op-ed pieces for Democrats, and even filing his obscene invoices in his garage (Suite C) file cabinet.

Suddenly all of his previous behavior made a lot more sense.

Best New Phrase of Invective 2010. The judges weren’t even going to award this Special Fringie in 2010. And then just last week one of the Friends coined this sparkling gem: Fullertonions. Was it intentional? Was it just a typo? The judges didn’t give a damn. The term just seems so right to describe the dismal, vegetative state of an electorate that would elevate fellow vegetables Pat McPension and Don Blankhead. And onions make you cry.

Best Hope for Fullerton’s Future. This Special Fringie goes to Bruce Whitaker and Chris Thompson, two dudes who seem to get it. In two years you will have a chance to build on these 2010 success stories. Will you? Or will you let the onions have a free ride? 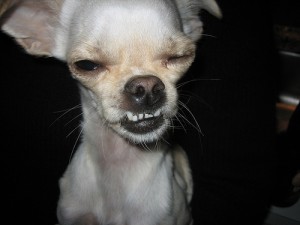 Well, Friends, them there’s your 2010 Fringies. It’s been one helluva a year for you Fullertonions down there, and all I can say is you got what you deserved. But what do I know? I’m just a deceased canine and just damn glad to be up here in Dog Heaven.