A couple of years ago I sent the following letter to the Fullerton Observer. It caused a bit of a stir among the knee-jerk educrat supporters. I hope you Friends enjoy it, too: 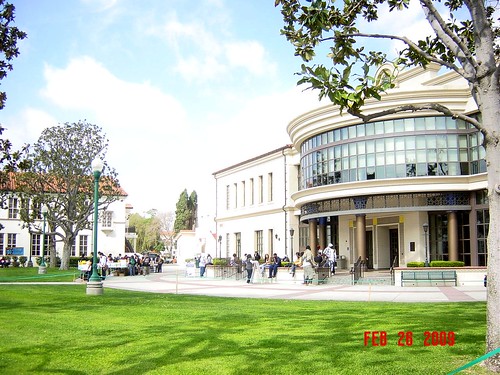 Dear Editor: There is an old adage that bad architecture costs just as much as good. This lesson seems to be lost on the educators over at the NCCCD. First they erect the god-awful monstrosity of the library with its overbearing size and fake historical details, right down to the false concrete formwork impressions on lath and plaster walls! 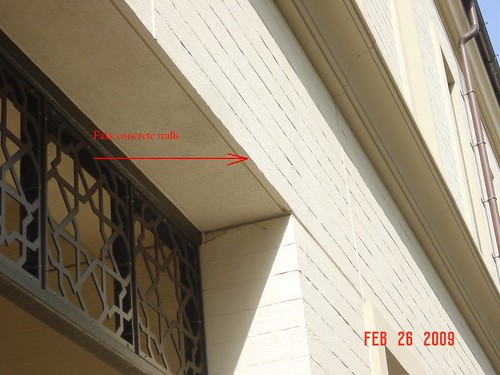 And now the Student Commons: another McSpanish dinosaur looming over innocent passersby on Chapman Avenue. With its fake “thick” walls, fake concrete columns, fake cornices, and oafish arches (see attached images) this edifice represents all that’s bad in trying to ape the design of the poured-in-place concrete structures on campus. 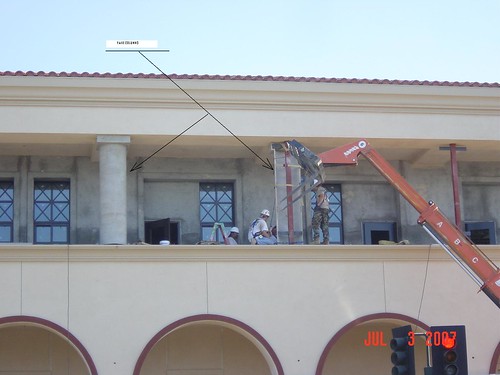 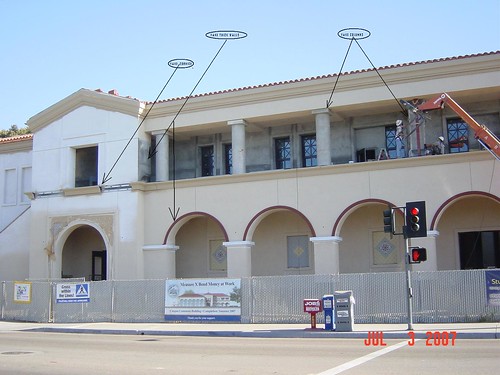 Had the college pursued a course of promoting original modern design they may well have succeeded in erecting buildings that would be recognized 70 years from now as historic. – buildings that were graceful, elegant, efficient, and that honestly expressed structure in form. My guess is that the WPA buildings on campus will end up outlasting these new ones.

The promotion of fake old architecture by our Board, on the other hand, is the result of confused thinking. The idea of emulating existing building’s themes so that the new ones “fit in” is meant to display aesthetic sensitivity with a nod to the ideas of tradition and preservation – concepts that they badly misunderstand. Fake old architecture honors nothing, least of all the past. The feeble attempts to copy historical detailing that present-day workers can’t do, or that the College won’t pay for, pays homage to nothing. Placing a fake old building next to an historic building will serve to make the original look better, but how much more of an honor would it be to hire a creative designer and let him or her pay tribute to the existing built environment through the exercise of creativity and talent! Isn’t that the lesson our public schools should be teaching their students?

8 Replies to “THE DISMAL DRIVE TO ARCHITECTURAL DREARINESS @ FJC”