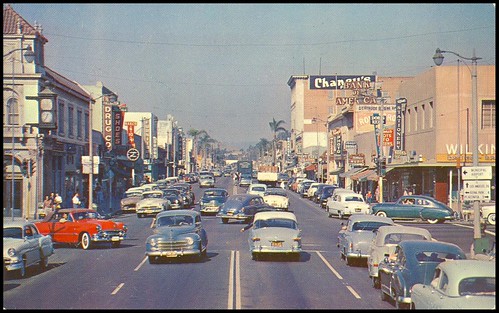 Think of all the great people-oriented downtowns in Southern California. Old Town Pasadena and Orange. Westwood Village and San Diego’s Gaslamp section. Visit downtown Santa Monica or cruise PCH through downtown Manhattan Beach or Laguna Beach. Have you been on the main streets Beverly Hills or Balboa Island?

Think of the great people-oriented shopping and entertainment districts. Can you name just ONE that does NOT allow parking, passenger loading, valet service or even handicap access on its main business street?

There is only one: Fullerton.

After nearly a century of easy, convenient parking on Harbor Blvd. (called Spadra until 1960), parking was removed in 1982. The traffic engineers held sway then, and were more concerned about increasing traffic speeds than the survival of downtown businesses.

Now, 25 years later, their mistake needs to be rectified. Let Harbor be Harbor. Let it be a living, breathing people street by restoring access along Harbor Blvd! Let it be like Pasadena’s Colorado Blvd. or many other pedestrian oriented streets in thriving downtowns. 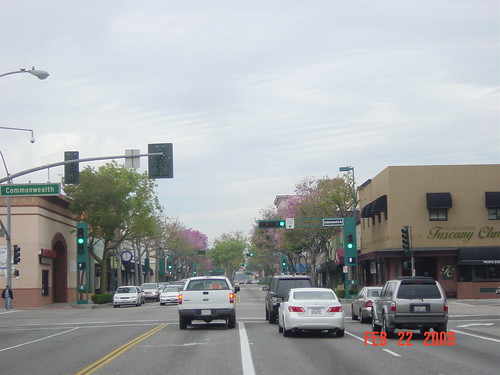 Downtown entrepreneur Sean Francis (Slidebar, Continental Room) has a plan to restore access on Harbor Blvd., between Wilshire and Commonwealth. This plan is supported by hundreds of signatories to a petition requesting a hearing before the Traffic Commission. Designed by KOA Engineering (who has done extensive work for the city) this plan would free up room for parking, loading zones, valet bays and handicap access in front of Harbor Blvd. businesses—while keeping 2 lanes of traffic.

This plan has been bottled up by mid-level City staff so far, but deserves a hearing before the Traffic Commission and City Council. And it deserves support. 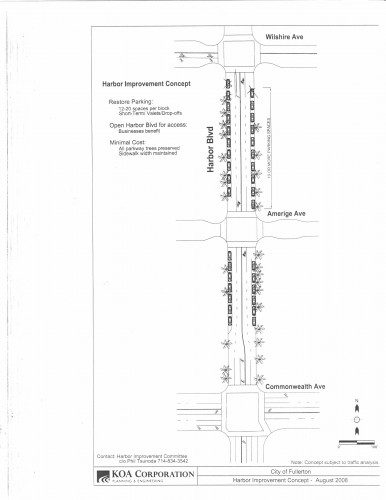 Think if you owned Branagan’s.Your address is 213 N. Harbor, but when new customers find it, they can’t park there, or even stop to unload their kids or elderly grandmother. They must make a right on Amerige, another right into the rear parking lot, then try to find your rear entrance. This would all change with Sean’s plan. Opening Harbor would not add new parking spots, but it would allow room for valet service and passenger unloading. That convenience would mean a lot for business owners and their customers—as well as the general ambience of Harbor Blvd.

Let Sean (who’s paying for the design study out his own pocket), your elected officials, your appointed traffic commissioners and the Downtown merchants know that you support restoring parking on Harbor Blvd.

A street is more than just a traffic pipeline. It must also serve the community through which it passes. Let Harbor be the street it once was—the kind of street it is yearning to be again!