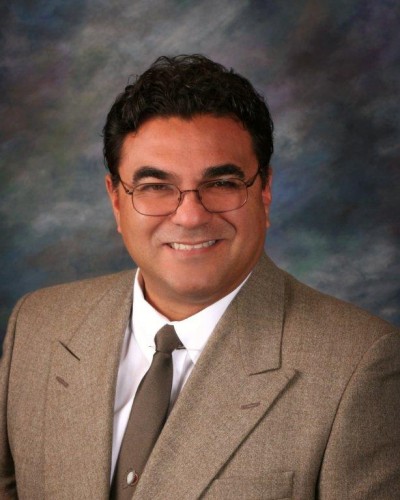 Taking a brief break from the non-stop coverage of (mostly) bad news from the Fullerton Police Department, we have received our first candidate response to the FFFF Candidate questionnaire, and it is realtor Johnny Ybarra, who is running in District Five.

Our original questions, and Mr. Ybarra’s responses, are as follows:

2) Moving forward, what steps would you take to address the current budget deficit:
– Limit raises, figure how to cut undue/ unfair benefits

3) Do you consider current spending on roads in the City of Fullerton to be adequate at this time? If not, please identify what steps you believe should be taken by the city to ensure there is sufficient money to perform required road spending.
– Where did the deficit come – identify, then proportion money for roads

4) Last year, the Fullerton Planning Commission tabled a project at Nutwood Avenue near the freeway known as “College Town”, which at the time called for allowing an additional 3400 apartment units in the area, the closing of Nutwood between Titan and Commonwealth, and rezoning much of the surrounding area into mixed use. Do you favor this proposal? Why or why not?
– Yes, if the fame of Cal St. Fullerton is growing, then it show allow housing for its increased enrollment. UPDATE (from the candidate): This plan should meet proper road impact reports and the volume of units should vary according to findings.  In addition, the roads that presently exist to residents in the general housing area should not be closed. Chapman is gridlocked at certain times of the day. Less roads would cause the Chapman park residents and Fullerton South more inequity in their daily life style. Nutwood will not be closed under my jurisdiction.

6) Do you favor or oppose the practice of rezoning properties to allow for higher density development as a way to generate additional revenue into the City? What is you reason for support/ opposition?
– I support rezoning for the density, if it is well planned and not obtrusive to neighborhoods. Density has its limits, also.

7) The City of Fullerton’s unfunded pension liability for its current employees and retirees is almost certain to run into the hundreds of millions of dollars. Would you be willing to consider any of the following proposals to reduce or eliminate such liability:
a) Eliminate defined benefit pensions for new hires? Yes
b) Eliminate defined benefit pensions for current hires for work that has not already accrued? Yes
c) Filing municipal (Chapter 9) Bankruptcy? No
d) Contracting out work to outside agencies (such as the county or private contractors)? Yes
e) Any other options or proposals that you would consider? If so please specify:
– The key management employees should stay employed longer, till 62-65 years old. The populace is living much longer.

8) Do you favor or oppose the creation of an independent oversight board of civilians who would be responsible for investigating complaints of police officer misconduct and making recommendations for disciplinary action to the Chief of Police and/or City Council? What are your reasons for supporting/ opposing such a plan?
– I think the public news agencies and private groups are sufficient for watching the misconduct of Police/ City Council/ City Management. Oversight committee is an intrusive idea. How much power would they have, and who is watching them.

9) Would you support or oppose turning the City-owned parking lots in downtown Fullerton, which are currently free, into paid lots? Why or why not?
– Paid lots after 9 pm – 1 am.

10) Would you favor or oppose creating a sales tax in the City of Fullerton? Why or why not?
– We may have to in order to balance the budget

11) Do you favor or oppose the Centerline (OCTA’s proposal to build a 9.3 mile light rail system down Harbor Blvd., from Garden Grove to Fullerton)? Why or why not?
– I oppose, I think the existing road system is fine.

12) The City Council is expected to take up the issue of allowing dispensaries to do business in the City of Fullerton (currently they are not legally zoned in any part of the City). Under what circumstances, if any, would you favor this proposal?
– The dispensaries should be in a zone away from schools and children

13) Currently, the City of Fullerton has a requirement that any emergency homeless shelter that wishes to be built without a CUP must be at least ¼ mile from schools, parks or residences. Some residents advocate increasing number of properties which would be utilized for shelters, which would require reducing or eliminating these restrictions. Do you favor modifying this resolution? If so, how?
– No, we need to find proper locations. Using eminent domain if need be. UPDATE (from the candidate): I believe homeless shelters or pot stores should be away from schools, neighborhoods, retail stores, businesses, parks and downtown. They should be put away at the edge of the city by railroads or in an industrial park and zoned for this purpose. Business people are apt to look at the dollar value, than the homeowner whom will give you a more emotional response.

14) Describe your position concerning the development of West Coyote Hills. Do you support the current City Council plan (which calls for Development on some portions of the property)? Also, as to any portion of the West Coyote Hills property that you wish to see preserved, do you believe those efforts should be controlled locally or should the State of California step in and take over?
– Controlled locally.

15) Please list the three issues that are most important to you in the upcoming City Council election, regardless of whether they have been identified on this questionnaire.
#1 – Balancing the budget.
#2 – Improving the infrastructure in the South East/ West.
#3 – Helping small businesses thrive and survive in District 5.
#4 – Attracting big business to Fullerton.