Parks and Recreation has been spending a considerable amount of energy lately, between their big PR push to justify their last costly mistake (Hillcrest Park’s poorly constructed and unneeded stairs) and obtaining approval for the next one (Hillcrest Park’s unneeded bridge across the creek).

Do you know what Parks & Recreation have been paying less attention to? Their parks.

Residents have been complaining for several months about the condition of Rolling Hills Park’s playground and equipment. The issues run from routine maintenance like unpainted benches to hazards like this: 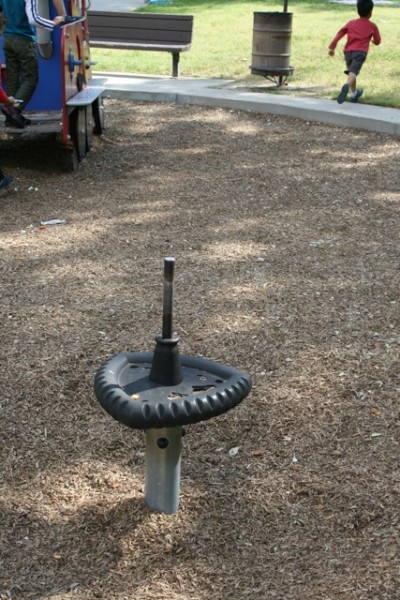 Phone calls and letters to Parks & Recreation were ignored for months until residents went over Hugo Curiel’s head and appealed to the Commissioners directly, at which time they finally saw results.

Well, sort of. The benches have been repainted, but that rickety play truck is unchanged. Meanwhile, the broken spinner was simply been removed, along with an unsafe climber that had split in two. Before removing the climber outright, however, this was Parks & Recreation’s solution: 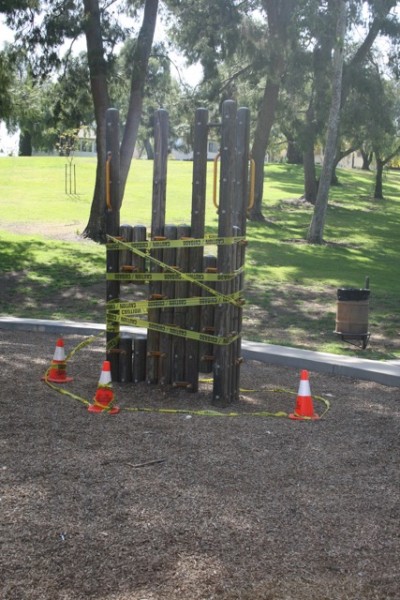 Which worked out about as well as anyone who’s ever had a five year old could have told them it would. 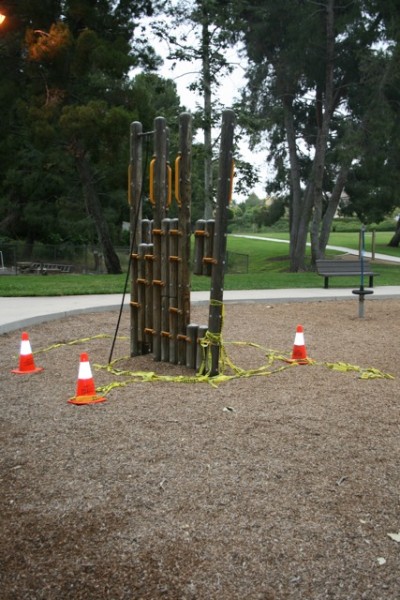 This right here is the hidden cost of our wasteful policies at  City Hall: we get stairs and bridges we didn’t ask for or want, but we do not get well maintained parks or working playground equipment (aka recreation) for our children that we expect. Our government in a nutshell.