On Tuesday night our esteemed City Council, a clan that can never say no to a bad idea, reviewed Community Development Director Karen Haluza’s Big Plan to begin the process to create a downtown BID. For the uninitiated, BID stands for Business Improvement District. FFFF already gave the Friends a heads up, here.

To remind you, a BID means a new property lax levy. In downtown the lion’s share of any tax is going to go to the cops, whose performance shutting down the booze culture gives zero confidence that more money in their direction is money well spent. The rest of the loot would probably be wasted on stupid, footling projects that give work to Haluza’s crack staff. Here’s an example of the sort of nonsense that gave our planners the warm and fuzzies before Redevelopment was abolished.

Anyway, the Council got an earful from a few property owners – including one who vehemently denied being notified of the hearing. FFFF will soon be highlighting the comments of this gentleman who poignantly observed that his property income is his retirement income, and, pointing to the uniformed Heroes in the back of the room trenchantly noted that nobody was talking about taking their retirement away. 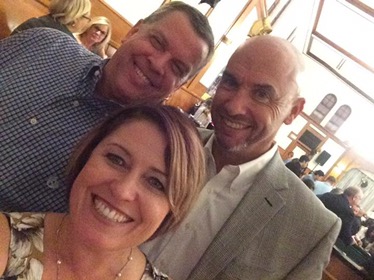 Our lobbyist-councilperson Jennifer Fitzgerald, who no doubt oversaw this wretched swindle in the first place as a way to keep her bar-owner pals from having to pay to clean up their own mess, moved to continue the item indefinitely. The others didn’t have a whole lot to say, which is typical.

My belief is that we have not seen the last of this obnoxious dodge, a way for the city to get somebody else to pay for their disastrous bar-on-every corner policy.