On Tuesday (August 1), the City Council will be voting on the “Clean and Green” initiative, which calls for an affirmation of the City of Fullerton’s Climate Action Plan (available here).

What is the Climate Action Plan, you ask? Well, it was a report prepared in February 2012 to make sure Fullerton does its part to stop  “sea level rise, changes in the amount of water supply available, wildfires and other extreme weather events.” Good thing too, because Fullerton’s 130,000 or so residents make up a whopping two thousandths of one percent of the population on Earth (0.02%), so Fullerton clearly needs to spent valuable staff time and expenses combating this threat.

I have long believed that these types of feel good measures were essentially avoidance strategies for bureaucrats as it gives them a problem to “solve” so they can avoid the problems they actually need to address (excess pay, excess benefits, reduction of service to pay for same, lack of accountability, lack of transparency, crony capitalism, graft, etc).  Having reviewed the Climate Action Plan in more detail, I now realize that’s only part of the answer. These type of feel good projects are also popular among statist bureaucrats because they give a post hoc justification for the kind of policies they want to pursue anyway.

Such as light rail: 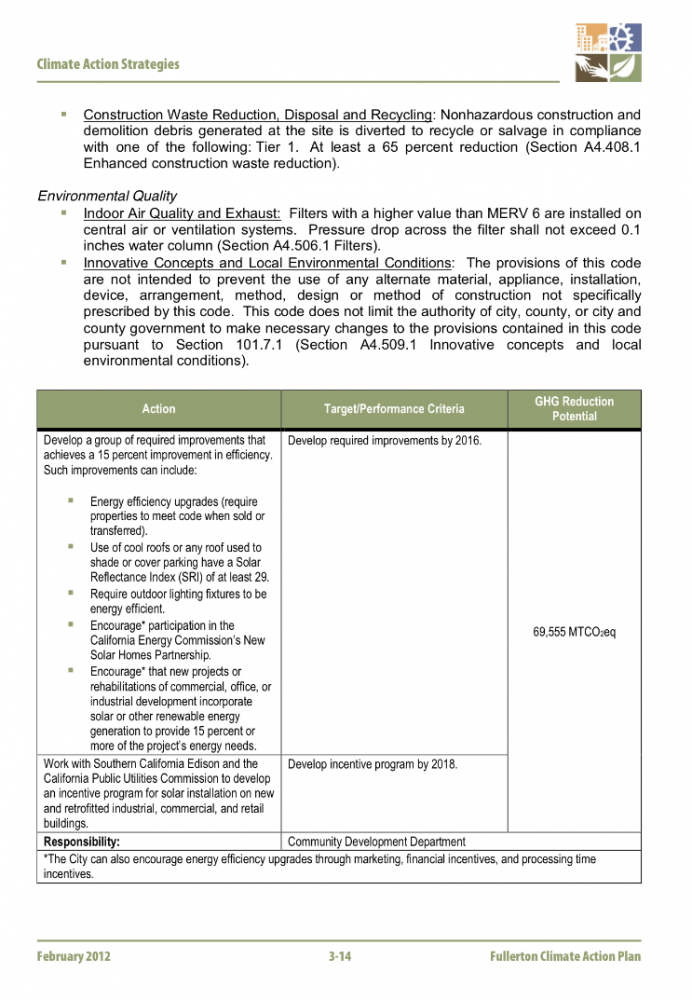 Two takeaways from this item. First, a number of the folks who spoke in favor of this initiative at the last meeting (where it was pushed back for lack of a third supporting vote) were opposed to the 295 unit Red Oak Development on Commonwealth. However, the Climate Action Plan not only encourages high density (because it supposedly has less of a a carbon footprint) the construction mandates it includes drives up the cost for all construction, making it harder to profitably build the kind of lower density development that are more consistent with the majority of our city.

Second, I can think of an alternate strategy that would further the stated goals of the Climate Action Plan. It would reduce pollution by making it easier for people to ride bicycles and by encouraging residents to drive more fuel efficient vehicles rather than SUVs and light trucks. Best of all, it could be implemented without any mandates or coercion from the government whatsoever. Any guess as to what that might be? 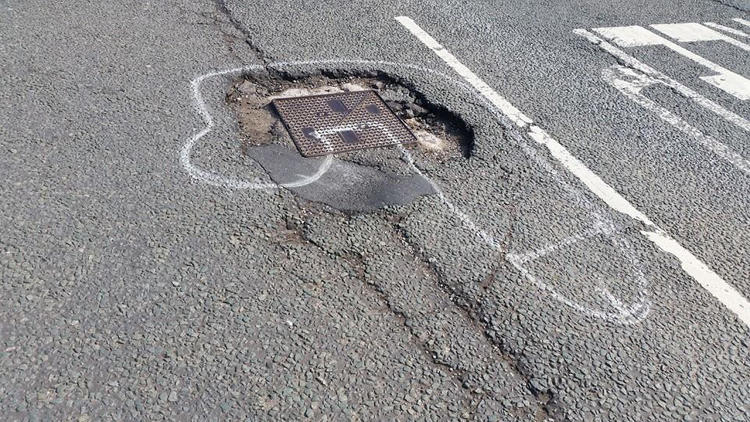 Of course, fixing our roads would take actual work, and require creating a strategy for dealing with out out of control spending. And since the work reigning in our salaries would have to be performed by some of the (as of 2016) one hundred and twenty seven City employees who currently enjoy total compensation of over $200,000 per year, you can see why they would prefer to push high density development instead. Just try not to act surprised when a future City Council majority winds up approving College Town or DCCSP version 2.0 and cites this “Climate Action Plan” as the reason they are doing it.