The topic of drinking and driving has been in the Fullerton news the last few days. We all know the story involving City Manager, Joe Felz, by now so there’s no point in rehashing the details. Instead, I want to direct the Friends’ attention to the irony that surrounds us in life, sometimes almost like there’s some sort of cosmic plan.

Way back in August, 2012 at the start of the fall election campaign, Fullerton City Councilmen and candidates Travis Kiger and Bruce Whitaker, along with Greg Sebourn voted to turn back a $50,000 grant from the state to pay for those ridiculous DUI random checkpoints that are probably the least effective ways to corral drunk drivers. 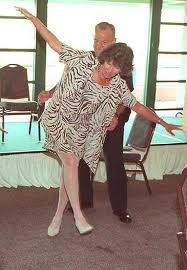 Let’s let Fullerton’s in-house shrew, Jan Flory, herself a candidate that year, fill us in from an August 30, 2012 facebook entry:

OKAY, so let’s get this straight, our Tea Bagger councilmen (Kiger, Sebourn and Whitaker), voted to reject a $50,000 grant and send it back to the state because it was to be used for DUI sobriety checkpoints that they believe are unconstitutional. They did this without walking across the street and talking to Police Chief Dan Hughes, or Captain George Crum who wrote the grant application.

Whoops! They find out after the fact that $146,222 in additional grant funds were tied to the $50,000 for the sobriety checkpoints, soooo, if the $50,000 is rejected, then the $146,222 has to be turned back too. It’s not like our understaffed police department could use the money, right? Maybe they thought the state would know how to use the money better than we do at the local level. Massive miscalculation!

Miscalculation? Certainly, but not by Kiger, Whitaker, or Sebourn. The fact of entangling grant funding (if in fact it existed at all) was never shared with them by their own $200,000 City Manager, Joe Felz, or by $200,000 Police Chief Danny Hughes, both of who were just sitting there during the meeting. Why not? Possibly because they  had every reason to try to embarrass them and help get Flory elected. The consequent to-do with a MADD mob orchestrated by the FPD, and quite likely with the approval of Felz and Hughes themselves, was quite entertaining. Whether they knew about a link at the time, they sure found out fast, so fast that one might suppose a little back-room political shenanigans.

So now, let’s return back to late August, 2012 and hear again from the vinegary Flory as she regales us with her demagoguery :

Mothers Against Drunk Drivers (MADD) caught wind of the ill-considered action and showed up in force at last Tuesday’s council meeting to ask the Tea Baggers to reconsider. During public comments, many family members described the devastating loss of the death of a loved one at the hands of a drunk driver. Particularly moving were the tearful remarks of Jon Wilhite, who survived the horrific crash that killed his three friends, Nick Adenhart, Courtney Stewart and Henry Pearson in April 2009.

(But wait – irony alert!) Who were some of Flory’s biggest supporters and drum beaters in 2012? You guessed it. Downtown booze peddlers! And why not? In undeniable fact, Flory was one of the main architects of downtown Fullerton’s Culture of Inebriation, Puke and Public Urination. They make the profit on drunks while everybody else pays the price.)

In fact, other Fullerton folks were curious about the sudden linkage of the completely separate grants and the fact that nobody informed the City Council of this “fact” that now appears to have been no fact at all. Here’s Jack Dean, Fullerton Association of Concerned Taxpayers,  trying to get a straight answer from an Office of Traffic Safety bureaucrat:

Dear Julie,I read with great puzzlement your email message below stating that the City of Fullerton would not be able to receive the $146,000 grant it was awarded for its Selective Traffic Enforcement Program without it also accepting the $50,000 grant it was awarded for a Sobriety Checkpoint Program.The grants appear to have been applied for separately by different individuals within the Fullerton Police Department, and also awarded separately. Nowhere do I see any linkage indicated.Were either of the grant applicants advised of linkage between the two grants? Were any city staff informed of such linkage or made aware that the receipt of one grant would be contingent upon the acceptance of the other?

I would like to formally request from you any documentation that states there is such linkage. And I would very much appreciate receiving it by the end of business next Monday, September 17th, because there is a City Council meeting Tuesday night and I would like time to evaluate it and perhaps ask you or Christopher Murphy some follow-up questions.

Thank you in advance for your cooperation.

It has been brought to our attention that your City Council has approved your STEP grant for $146,222.00, but will not approve the $50,000.00 DUI Checkpoint grant. Per our director, Christopher Murphy, we will need to hold off on funding your STEP grant until further notice. The intent of the STEP grant is to coincide with the DUI Checkpoint grant. The National Highway Traffic Safety Administration (NHTSA), who is our funding source, and OTS have always maintained that checkpoints are a vital and effective tool to combat DUI deaths and injuries.

if you have any questions or need further information, please do not hesitate to Contact me.

Note the sneaky “it has been brought to our attention,” a deed pretty obviously performed by crumbly Crum, himself, but certainly never without clearance by Chief Danny and his boss, Joe Felz. As an aside, please note that Ms. Schilling of the OTS never cites how the grants are linked, only that that’s just the way she likes it. Hmm.

It took four years but at last an ironical universe has sent another opportunity for Ms. Flory to express her outrage toward drunk drivers. Tomorrow night in fact.